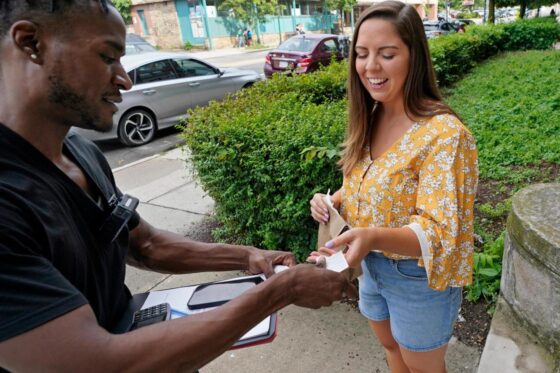 Home-delivered marijuana has arrived in Massachusetts.

At least two companies announced this week they have launched operations. Lantern, a sister company of the popular alcohol delivery service Drizly, says it’s now serving the Boston area. Your Green Package, meanwhile, says its driver teams have hit the road in the greater Northampton area in the western end of the state.

The companies are among the first to benefit from the creation of new state licenses for recreational marijuana delivery companies. The Massachusetts Cannabis Control Commission said Friday that 11 companies have so far been licensed for deliveries, and three of them are now operating.