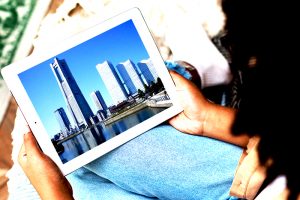 The Japanese city of Yokohama has pushed back the process for the selection of a private-sector partner for the development of an integrated resort with a casino by two months, the city’s Mayor, Fumiko Hayashi said during a Wednesday briefing.

Ms. Hayashi said that under their new timetable, city officials will release Yokohama’s integrated resort implementation policy and its application requirements for the request-for-proposal process for integrated resort operators in August instead of June.

Japan’s central government is set to approve three integrated resorts with casino facilities in three locations around the country. The country’s lawmakers are yet to publish the finalized version of the integrated resort implementation policy that will set out the rules under which potential host cities/prefectures will be vetted and selected to build the nation’s first integrated resorts.

Interested cities and prefectures need to choose private-sector partners in order to bid jointly for the right to host mega-complexes with casinos, large hotels, and other amenities.

The central government has said in its draft implementation policy that it would be accepting applications from local governments between January and July 2021. The approved three applicants will probably be announced later that year.

Yokohama announced that it would participate in the race for the right to host one of Japan’s first three integrated resorts in the summer of 2019.

Mayor Hayashi said Wednesday that despite the delays in the RFP process, their new timetable still fits comfortably within the timetable set out by the central government.

Since announcing that it would participate in the integrated resort bidding process, Yokohama has attracted a lot of interest from major international casino and hospitality companies.

Genting Singapore said in its full-year financial report, which the company published this week, that it is committed to bidding for the right to build and operate Yokohama’s integrated resort, should the city win the right to host one.

The company said that it continues to be “engaged in the ongoing request-for-concept by Yokohama City.” Genting Singapore is a subsidiary of Malaysian gaming and hospitality giant Genting Group and it operates Resorts World Sentosa, known to be one of Singapore’s two integrated casino resorts.

Yokohama is not the only city to have recently pushed back the publication of its implementation policy and its RFP process. Osaka city and prefecture officials announced in late March that they had decided to push back the submission deadline for its RFP process to July instead of April. Osaka Mayor Ichiro Matsui subsequently said that further delays could be implemented.