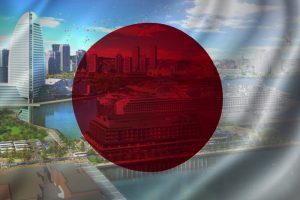 The Yokohama city council on Tuesday earmarked JYP400 million (approx. $3.6 million) for its effort to promote the establishment of an integrated resort with a casino within city limits, regional gaming news outlet GGRAsia reported.

The allocation of funds for the city’s IR promotion effort was part of its 2020 budget plan that was discussed yesterday during a plenary session of the city council.

It was last summer when Yokohama announced that it would bid for the right to build one of three integrated resorts the Japanese government is set to permit as part of its effort to introduce casino gambling within larger multi-purpose complexes.

Following news that Japan’s second largest city was in the race, many major casino operators eyeing expansion in the country dropped their previous plans to build luxury integrated resorts in Osaka and focused their attention on pursuing development opportunities in Yokohama.

The city revealed its draft integrated resort implementation policy earlier this month. City officials launched a public consultation simultaneously with the publication of the draft, seeking comments on how and whether should it be amended in any way.

The official implementation policy is expected to be finalized by June. Yokohama will then launch a request-for-proposal process to secure a private partner that would develop and operate the integrated casino resort, should the city win the right to host one.

News emerged last month that Yokohama’s casino effort has attracted a new interested gaming and hospitality operator. Genting Singapore, which had previously explored development opportunities in Osaka, said that it has now decided to “focus efforts and resources on delivering a compelling [IR] proposal which will make Yokohama a must-visit tourism destination, with particular prominence in MICE and leisure.”

The International Olympic Committee and Japan’s Prime Minister, Shinzo Abe, announced on Tuesday that the Olympic Games that were due to take place in Tokyo this summer would be rescheduled to a “date beyond 2020 but not later than summer 2021” in response to the global coronavirus crisis.

The unprecedented situation has raised questions whether the Japanese government would stick to its previous timeframe for accepting casino license applications. It seems that for now this timeframe is set to remain in place.

This means that cities and prefectures willing to participate in the race for three casino licenses should find private sector partners to jointly bid for these licenses by the end of the year. Local governments will then have from January 2021 to July of that year to submit their applications for the right to host one of Japan’s first three integrated casino resorts.