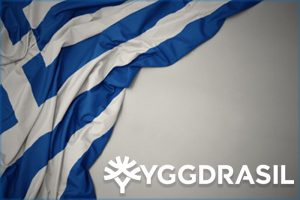 Yggdrasil, the leading creator and publisher of online casino content, has joined a host of fellow game developers that have recently obtained a Greek supplier license.

Greece reorganized its online gambling space earlier this year and the local regulator, the Hellenic Gaming Commission, has now for months been awarding licenses to international and local companies that are interested in providing their products and services in the market.

A wide selection of premium online slots and other online casino games, including titles featuring the provider’s Game Engagement Mechanics (GEM), can now be accessed by Greece-facing operators. In addition, games from Yggdrasil’s YG Masters program for third-party studios, are also available and can be integrated into the games lobbies of Hellenic Gaming Commission-licensed online casinos.

The major provider revealed that it has already teamed up with a number of leading Greek operators and more details about these partnerships are set to be unveiled over the coming weeks and months.

Yggdrasil joins the likes of 1X2 Network, Pariplay, and SOFTSWISS, which have all recently been awarded a Greek license under that market’s new rules and regulations.

”Yet Again Walking the Talk”

Commenting on their latest big milestone, Yggdrasil Chief of Global Market Operations Björn Krantz said that the company is clearly “yet again walking the talk” and that they “continue to deliver on our regulatory market strategy.”

News about the provider’s Greek license emerge just days after it announced that it has received ISO/IEC 27001 accreditation. Generally speaking, ISO/IEC 27001 is an international standard on how an organization manages its information security.

Mr. Krantz said that to “obtain a Greek license, and to capitalize on our ISO/IEC 27001 accreditation is yet another milestone and achievement from the great team we have here at Yggdrasil.” The official also thanked all their Greek partners for their support in “making a difference with Yggdrasil and our best-in-class portfolio of innovative games in Greece.”

Greece is the latest regulated market the studio is debuting its content into. Earlier this month, Yggdrasil announced that it has entered Slovakia’s online casino space not long ago through an existing partnership with Tipsport. The two companies first joined forces in 2019 in a deal that enabled Yggdrasil to launch its hefty portfolio of games in the Czech Republic.

Yggdrasil was established in 2013 and through consistent hard work and innovative approaches to games creation, the company has quickly claimed a top spot in the online gaming industry. It is headquartered in Sweden and also has offices in Malta, Poland, and Gibraltar. Its content is available in multiple regulated jurisdictions with some of the world’s top-tier digital gambling operators.