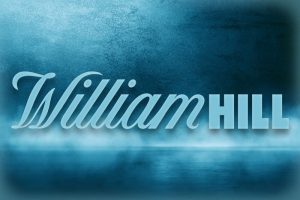 British bookmaker William Hill has expressed its disappointment in relation to the hefty seven-figure fine its Europe-facing online casino and wagering subsidiary Mr Green has been slapped with by the Swedish Gambling Authority.

Spelinspektionen, the Swedish gambling regulator, earlier this week announced that it has fined Mr Green SEK31.5 million (approx. $3.6 million) over a series of violations.

The regulator published the findings of a probe it had conducted into the operator’s activities in the country between January 2019 and June 2020. The agency’s casework included details about 15 customers of the popular Sweden-licensed brand who had all displayed problem gambling behavior or money laundering/criminal intent while wagering money with it within the above mentioned 18-month period.

Mr Green was scolded by Spelinspektionen over poor anti-money laundering and know your customer policies as well as over duty of care failings related to responsible gambling.

Mr Green, which hails namely from Sweden, is William Hill’s flagship European digital gambling operation. The legacy bookmaker acquired the brand in a £242 million deal that was completed in early 2019. Both businesses are now part of the larger US casino group Caesars Entertainment, Inc. after it purchased William Hill earlier this year.

Commenting on the recent developments, Patrick Jonker, Managing Director William Hill International and Mr Green, said that they are disappointed by Spelinspektionen’s findings as they “always seek to operate in full compliance with regulations” and “player protection has always been a priority for Mr Green.”

Mr. Konker went on to note that Mr Green has invested “significant time and resources” to address the gaps noted by the Swedish regulator and that Spelinspektionen has acknowledged the operator’s work in its report.

The online gambling firm was served with two fines – a SEK30 million one due to its customer care failures and a SEK1.5 million one for its AML and KYC shortcomings.

The first fine stemmed from the operator’s failure to interact with customers who were showing clear signs of problem gambling behavior. Mr Green told Spelinspektionen that it has implemented new responsible gambling practices and under those any high-risk customer who fails to respond to its emails or telephone calls would have their account suspended until contact can be made with them.

As for the other fine, Mr Green explained that was implementing a new detection system during the period reviewed by Spelinspektionen and the new system failed to flag customers suspected of money laundering as high-risk ones.

The company further informed the regulator that it has now significantly improved its case management operations and customer risk assessments and has hired more AML investigators.