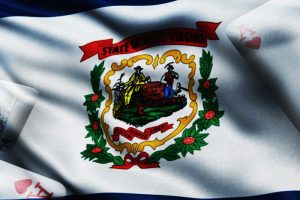 West Virginia could become the first state to allow its sportsbooks to take bets on political events after FanDuel briefly offered odds on the upcoming presidential election Tuesday night.

The sports betting operator had the odds up for about 15 minutes after posting them but then took them down entirely and removed the Politics tab from its West Virginia site and betting app.

In a press release earlier on Tuesday, FanDuel said that it would begin taking wagers on the presidential election and that it has partnered with the West Virginia Lottery to “bring these markets into a legal, regulated sportsbook.”

However, after pulling the odds down, the company issued a follow-up statement saying that while the markets were initially approved by the West Virginia Lottery, the agency has asked FanDuel to “refrain from offering the markets” until the Lottery has time to “fully work through the implications and research it further.”

The Lottery issued a similar statement shortly after the operator’s hit the wire.

West Virginia legalized sports betting in the spring of 2018, even before the US Supreme Court struck down a long-standing federal ban on the practice in May of the same year.

FanDuel operates a small sportsbook inside The Casino Club at The Greenbrier resort in White Sulphur Springs. In addition, the company launched a digital wagering product in West Virginia in the summer of 2019.

Could Political Betting Become a Thing in US?

As mentioned above, West Virginia could be poised to become the first state in the US to permit betting on political events. However, if the state indeed goes forward with this plan, this raises a series of questions, including ones related to the legality of offering odds on elections.

The federal Commodity Trading Commission has previously said that gambling on elections should not be authorized.

In addition, betting on political events seems to be prohibited under West Virginia law. The state Code reads “it shall be unlawful to bet or wager money or other thing of value on any election held in this state.”

In a strange time when global sport is almost entirely canceled, gambling operators are working closely with regulators in states where betting is legal on what other wagering markets they can offer to their customers.

eSports has become a particularly popular option as multiple competitions are under way. Operators are also suggesting other options, including betting on reality shows.

The company said it accepted more than one bet and that it has promptly returned the money wagered by those of its customers who managed to place bets on the upcoming presidential election.

While FanDuel appears to be ready to resume taking wagers on political events as soon as the West Virginia Lottery permits this, its rival DraftKings is taking a more cautious approach toward the opportunity to expand its offering beyond sports.

The company said Tuesday that while they are “excited about the possibility of offering odds on politics and elections to our customers in West Virginia, we are taking the time to ensure we evaluate the opportunity thoroughly before posting any lines.”