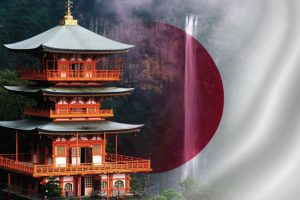 The Japanese prefecture of Wakayama has released a draft of the measures it intends to implement to reduce the risks associated with gambling as part of its effort to win the right to host one of three integrated casino resorts the central government is set to issue licenses for at some point in 2021 or 2022.

Following the publication of the draft gambling harm prevention policy, the government of Wakayama launched public consultation on the issues discussed in the initiative that will run through March 27.

Wakayama officials said previously that they target late March or early April start of a request-for-proposal process to select a private-sector partner that would develop and operate the integrated resort, should the prefecture get selected to host one.

A Wakayama government representative told regional gaming news outlet GGRAsia earlier this week that the prefecture plans to introduce an IR card initiative that would be specifically aimed at Japanese nationals and their protection from the harms associated with increased gambling.

Japanese nationals willing to gamble at Wakayama’s casino would be issued IR cards. Patrons would be able to place wagers only with their own card. They would need to load it with a cash value and set a maximum amount for their gambling budget.

Other harm mitigation steps the government of Wakayama listed in its draft policy include educating residents about compulsive gambling, providing consultation to gamblers who might be suffering from compulsive gambling and other gambling-related problems, and developing medical resources to respond to gambling addiction cases.

The prefecture said this week that the consultation period has attracted new suitors besides the three companies that have already expressed interest in developing an integrated casino resort in Wakayama.

Japanese cities and prefectures that want to host one of Japan’s first three integrated resorts must select a private sector partner and apply jointly for the three licenses the central government plans to award. Applications will be received during the first seven months of 2021.

The prefecture’s government has not identified the new suitors for the IR scheme. A government representative told GGRAsia that they are assessing whether the above three companies can really commit to their previously presented integrated resort concepts and that “it’s up to them to decide whether they will participate in the Wakayama RFP or not.”