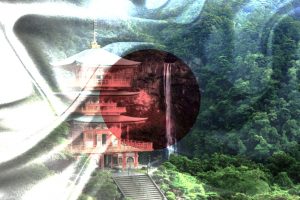 The government of Wakayama this Thursday published the prefecture’s draft integrated resort implementation policy and launched a consultation period with interested companies that will run through early March.

Wakayama is among the prefectures interested in hosting one of Japan’s first integrated resorts. These are large, multi-purpose complexes that feature a number of different facilities such as hotels, meeting and conference venues, food and beverage outlets, retail space, entertainment facilities, and casinos.

The introduction of integrated resorts comes as part of Japan’s effort to tap into casino gambling, which has proved an extremely lucrative industry in Asia. The country’s central government legalized casino gambling in late 2016 and plans to authorize the development of up to three integrated resorts with casino facilities in three yet-to-be-announced locations around Japan.

The winning prefectures and casino resort developers are expected to become known sometime next year. However, Japan is not likely to have its first resorts before the mid-2020s.

As for Wakayama’s bid to participate in the race for one of the three casino licenses up for grabs, the prefecture’s recently published draft policy outlines what facilities its integrated resort should feature, if it wins a license.

Wakayama lawmakers would expect from the prefecture’s private-sector casino developer partner to build a unique property that would be significantly different from anything that would be offered in the other two Japanese regions which are set to host integrated resorts.

In addition, when the prefecture selects a preferred private-sector partner, it would expect from it to introduce and materialize a concept that leverages on Wakayama’s existing tourism attractions such as natural landmarks, historic sites, hot springs, and very specific food culture.

In its draft policy, Wakayama has also listed the criteria for choosing its casino operator partner for the prefecture’s integrated resort bid.

In addition, Thursday marked the start of a consultation period during which prefecture officials will accept questions and feedback from interested casino operators on the recently published draft policy. The consultation period would run through March 3.

Wakayama officials told regional gaming news outlet GGRAsia that they target late March or early April launch of a request-for-proposal process for companies interested to bid for the right to build an integrated resort in the prefecture.

While officials are yet to select the site that would host the mega-complex, they have previously said that the man-made Marina City island, which is located within Wakayama City, could be where the integrated resort would be built.