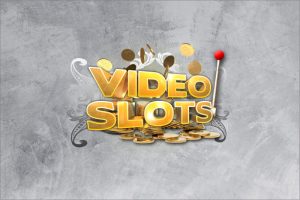 Videoslots has added a new name to the list of leading online casino developers that provide it with content for its massive games lobby.

Videoslots players can now access the content maker’s recently released online slots such as Books of Skulls and the already hugely popular Majestic King. The deal between the operator and Spinomenal also covers the latter’s Story of the Samurai and Book of Rebirth titles, which will be launched shortly.

More games from the studio’s comprehensive offering are set to be launched with the major online gambling brand in the coming weeks.

Founded in 2014, Spinomenal quickly established itself as one of the iGaming industry’s fastest growing game creators and suppliers. It currently boasts a portfolio of more than 180 releases that are available in a wide number of markets under the company’s license from the Malta Gaming Authority.

Spinomenal recently launched its content with online casino and sports betting operator Betzest to further increase the international exposure of its content. And it was a few months ago when the studio secured a distribution deal with Pariplay and its game aggregation platform, Fusion.

Of their partnership and roll out with Spinomenal, Videoslots Head of Commercials William Ahlberg said that they are delighted to add the studio’s content to their extensive portfolio of high-quality games.

Mr. Ahlberg went on to note that Spinomenal’s “focus on innovation makes them a very appealing studio”, with many players already enjoying the provider’s content across many European territories.

The Videoslots Head of Commercials also pointed out that they take pride in the fact that their players will always be offered access to more games than at any other online casino and that this new deal “showcases the addition of yet more high-quality content.”

Videoslots recently celebrated the addition of its 6,000th online gaming title to its lobby. The online casino also revealed that the game was Play’n GO’s Agent of Hearts. It should be noted that the brand introduced its 5,000th online slot this past February, which makes its most recent feat even more impressive and illustrates its ambition to regularly expand its catalog of games.

Commenting on their partnership with Videoslots, Spinomenal CEO Lior Shvartz said that they are excited to have their slots live with one of the industry’s largest operators and that this new integration is “proof of the much sought-after quality of our content.”

Mr. Shvartz added that this alliance will allow even more players in core markets to enjoy the “quality graphics and intriguing features” that Spinomenal’s games are all equipped with.