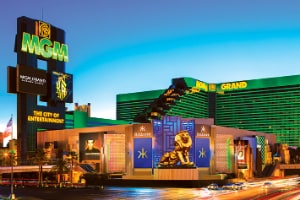 Real estate investment trust VICI Properties is set to acquire fellow REIT MGM Growth Properties in a $17.2 billion deal that will make the former one of the largest, if not the largest, landowner on the Las Vegas Strip.

As for MGM Growth Properties, it spun off from MGM Resorts International in 2016 to take real estate assets off the casino giant’s balance sheet and make it easier for it to pursue an ‘asset-light’ strategy. The REIT’s portfolio includes 12 iconic Las Vegas resorts and casino properties in other parts of the US.

MGM, which has a majority stake in MGM Growth Properties, will trouser around $4.4 billion in cash from the REIT’s sale to VICI. The stock-for-stock transaction includes $5.7 billion of debt.

VICI’s portfolio currently consists of 28 gaming properties and approximately 17,800 hotel rooms as well as more than 200 restaurants, bars, nightclubs, and sportsbooks. Its stock offer of $43 per share represents a premium of about 16% to MGM Growth Properties’ closing price on Tuesday night.

MGM has been selling its real estate assets in recent years and MGM Growth Properties has been leasing them back to the casino operator as part of its ‘asset-light’ strategy to invest in important areas such as sports betting and a planned integrated casino resort in Japan.

Last month, the casino powerhouse said that it would buy the remaining 50% stake in its joint venture CityCenter in Las Vegas in order to be able to sell Aria Resort & Casino and Vdara Hotel & Spa, both located within the complex, to New York private equity firm The Blackstone Group for $3.89 billion.

When VICI was formed nearly four years ago, Caesars was its only tenant. The company has later on made it its mission to broaden its holdings, recently entering an agreement to buy Las Vegas Sands’ the Venetian and Palazzo resorts along with the Sands Expo and Convention Center in a $4 billion deal.

Now as VICI’s portfolio is set to grow even bigger, Caesars will go from contributing 100% of the REIT’s revenue down to 41%. The MGM Growth Properties acquisition will give the company an estimated enterprise value of $45 billion, which is way larger than any of its tenants.

The acquisition of MGM Growth Properties is expected to close sometime in the first half of 2022. MGM will own about 1% in the enlarged VICI, a stake that is worth about $370 million.

GoldenTiger: A seamless ecosystem of Metaverse, NFT and everything in between launch on Uniswap!