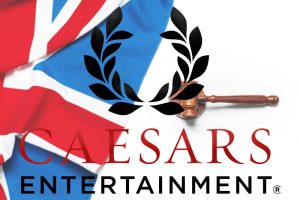 Casino giant Caesars Entertainment Corp. is the latest big industry player to have been penalized by the UK Gambling Commission for subversive activity.

The regulator has slapped a record £13 million on the operator for “a catalogue of social responsibility, money laundering and customer interaction failures” including ones involving VIP patrons.

Caesars operates 11 land-based casino locations around the UK. The US company is the latest caught in violation of UK rules amid the Gambling Commission’s witch-hunt for erring operators that has seen the regulator issue £27 million in fines and suspend the licenses of three iGaming companies since the beginning of the year.

An investigation by the UK Gambling Commission discovered a number of serious violations in the way Caesars handled VIP customers in the period between January 2016 and December 2018.

In a statement on its official website, the regulator said that Caesars’ failings included Breach of Licence Condition 1.1 (Prevention of money laundering and terrorist financing) and Failure to comply with social responsibility code provision 3.4.1 (Customer interaction).

All UK-licensed gambling operators are required to provide services to local customers in a socially responsible manner and make sure to interact with any customer that shows even the mildest symptoms of problem gambling behavior.

UK Gambling Commission licensees are also required to carry out adequate source of fund checks on their customers to prevent money laundering and other financial crimes.

Some of the most serious Caesars failings in regard to social responsibility included “inadequate interaction” with a customer who had previously self-excluded and who lost £240,000 over a 13-month period gambling at a Caesars property.

Another customer the company failed to interact with lost £323,000 in a 12-month period and displayed signs of problem gambling, including 30 playing sessions that exceeded five hours.

As mentioned above, the Las Vegas-headquartered casino giant was also scolded by the Gambling Commission for poor anti-money laundering practices. One instance of Caesars failing to conduct adequate source of funds checks involved a patron who was allowed to drop around £3.5 million and lose £1.6 million over a three-month period.

Another instance involved Caesars failing to obtain adequate evidence of source of funds for a politically exposed person who lost just under £800,000 over a 13-month period.

The casino company was ordered to pay £13 million, the highest penalty issued by the Gambling Commission to date. The money will be directed towards the implementation of UK’s National Strategy to Reduce Gambling Harm.

The Gambling Commission also said that three senior executives at Caesars were ordered to surrender their Personal Management Licenses from the regulator as a result of its investigation into Caesars’ land-based casino activities in the UK. The Commission noted that investigations into the three personal license holders are ongoing.

Commenting on the latest fine issued by the UK regulator, Gambling Commission Chief Executive Neil McArthur said that Caesars’ failings were “extremely serious” and that they are “absolutely clear about our expectations of operators – whatever type of gambling offer they must know their customers.”

Mr. McArthur went on that UK license holders must interact with their customers and “check what they can afford to gamble with – stepping in when they see signs of harm.”

The regulator’s chief noted that they are placing particular focus on addressing poor VIP management practices and that their tough approach to compliance and enforcement will continue, “whether a business is on the high street or online.”

Source: Systemic failings at Caesars Entertainment leads to the departure of three senior managers and sanctions of £13m