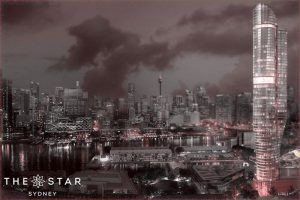 A former baccarat dealer at The Star Sydney, the city’s only casino, has been convicted for his role in an illicit scheme that resulted in cheating the casino out of nearly A$500,000.

The Guardian reported last week that Hieu Duc Lam was captured on CCTV colluding with two other individuals – a fellow casino staff member and a patron – in August 2020.

The convicted dealer was caught peeking at and memorizing playing cards that were then used in an upcoming game. Once he memorized the cards, he then informed his accomplice – a customer participating in the scheduled game – of their order.

The scam saw Lam and his accomplices trouser illegally around A$467,700 from the casino in just under a month. The stealing dealer was dismissed immediately by his employer, Australian casino operator The Star Entertainment Group.

In January, Lam pleaded guilty to 15 counts of dishonesty obtaining financial advantage at the Downing Centre Local Court in Sydney. He has been sentenced to two years in prison that he must serve by way of intensive correction order which started earlier in July. He was also ordered to finish 250 hours of community service as part of his punishment.

The Star Self-Reported the Misconduct

It is understood that The Star self-reported the misconduct to competent authorities. Philip Crawford, chair of the NSW Independent Liquor & Gaming Authority (ILGA), said that the casino was right to dismiss Lam from employment as he had held a position of responsibility that he had clearly abused.

Mr. Crawford further explained that a “casino special employee is licensed to supervise and facilitate gaming activities” and that such employee’s role is to help “safeguard the integrity of casino operations from criminal influence, serious misconduct, or exploitation.” The official also noted that a “special degree of trust” is placed on such casino employees and that Lam’s case demonstrates an apparent breach of that trust.

News about Lam’s sentence emerge shortly after two other Star staff members were sacked and convicted after a failed attempt to steal more than A$30,000 in gaming chips from the casino in March.

The Star is Sydney’s only operational casino. The property’s long-time monopoly in the city was supposed to end early this year with the opening of a gambling venue at Crown Sydney, Crown Resort’s recently launched luxury multi-purpose tower. However, an 18-month probe into the company’s activities found it wasn’t fit to operate a casino in New South Wales.

In May, The Star Entertainment Group tabled a proposal for a A$12 billion merger with rival Crown but withdrew that last week, citing uncertainties clouding the latter company.