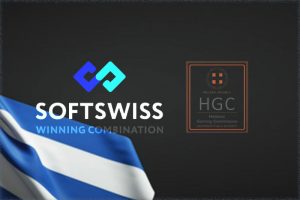 Online gambling software provider SOFTSWISS has joined the host of companies to get licensed by the Greek gambling regulator following the recent reorganization of the local iGaming space.

The provider announced that it has recently obtained a license for online casino operations from the Hellenic Gaming Commission.

This is the latest in a series of recent milestones reached by SOFTSWISS as the company looks to grow its international presence by licensing and certifying its many products.

The Hellenic Gaming Commission license enables the provider to operate in Greece’s regulated market and follows news from earlier this year that SOFTSWISS had also been awarded a license from Nigerian regulators.

The company further noted that it is close to finalizing and launching its first licensed operation in Greece – N1CASINO.gr. The online casino will be available to Greek nationals and residents of the country and will be operated by N1CASINO Greece as part of N1 Partners Group.

SOFTSWISS said that the soon-to-go-live Greece-facing online casino will also add sports betting to its offering at a later stage. The new brand is set to be debuted in the next few months and mark SOFTSWISS’ debut in the Greek market.

Commenting on their Greek license, SOFTSWISS founder Ivan Montik said that it marks a “tremendous landmark and an amazing achievement” as it enables his company to do business in a new regulated market and expand its reach across Europe.

Mr. Montik further pointed out that it is even more exciting to officially unveil N1CASINO Greece as their first partner in Greece’s iGaming space.

The SOFTSWISS founder noted that the have recently made multiple strategic moves into fast-developing markets like Nigeria and are now focused on expanding their European stronghold.

Mr. Montik also promised that aside from doing business in Greece through local partners, his company and the team behind it plan to make a positive impact through charity initiatives and corporate social sustainability efforts in the country.

News about SOFTSWISS’ imminent launch in Greece emerge shortly after the provider announced its rebrand (logo and brand now being spelled in all caps) in a move aiming to demonstrate its current position on the international online gambling market and its vision to maintain a leading position in that same market.

As mentioned above, SOFTSWISS is the latest company to have obtained a Greek license over the past few months following the reorganization of the market. Late last month, 1X2 Network announced that it has been granted regulatory approval to go live in the local iGaming space and deliver content from its 1X2gaming and Iron Dog Studio subsidiaries to locally licensed operators.

Pariplay, Playson, and Play’n GO have too been among the content makers and providers that have been allowed to enter the Greek market.