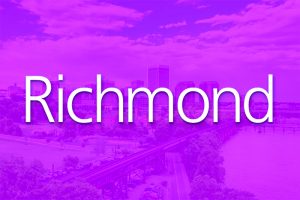 The Richmond Circuit Court on Tuesday approved the City Council’s petition to include a referendum on the November 2 ballot for residents of the Virginia city to cast their vote on whether they want a $600 million casino resort to be developed within city limits.

Richmond is the last of five cash-strapped cities to hold a citywide casino referendum after the state Legislature voted in the spring of 2020 to allow these cities to host a Las Vegas-style gambling resort if approved by residents.

Bristol, Danville, Portsmouth, and Norfolk each held citywide referendums last November and voters in each of the four cities approved their respective casino proposals by a large margin.

The recent Circuit Court approval was the latest major hurdle cleared by Richmond in its effort to bring casino-style gaming and reinvigorate its economy. The process began in February when the City Council launched a request for proposals.

As many as six interested developers submitted their proposals but the field was eventually narrowed down to Urban One Inc.’s ONE Casino + Resort project and a rival bid from The Cordish Companies of Baltimore.

In May, the city recommended Urban One’s scheme. City leaders voted in June 8-1 to petition with the Circuit Court to add a casino question on the local ballot for residents to weigh in on the proposal.

Urban One is a media conglomerate that owns and operates 55 radio stations and the TV One cable network. Its content is primarily directed towards Black and urban communities.

The Maryland-headquartered company has teamed up with Los Angeles developer Peninsula Pacific Entertainment to jointly build the proposed Richmond casino resort. If city voters approve the project this coming November, it would be the only US land-based casino under Black ownership.

The proposed ONE Casino + Resort is planned to be built on 100 acres of land on Richmond’s South Side near Interstate 95.

Urban One and its partner have said they would invest nearly $600 million into the property, if their project gets passed by voters.

The resort will feature a 100,000-square-foot casino with more than 1,800 slot machines and 100 table games, a poker room, and a high-tech sports betting facility. The property will also include a four-star, 250-room Legacy Tower luxury hotel that will feature art from local artists to further demonstrate the developers’ commitment to Richmond and its residents.

The resort’s planned Rise Theater will be developed to host over 200 live shows a year and is expected to bring more than 250,000 visitors annually to the city. The complex will additionally feature different food and beverage outlets, 55 acres of green space, and an on-site radio station, TV studio, and soundstage that will all be operated by Urban One.