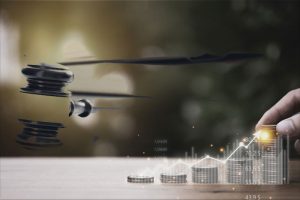 Rhode Island is set to double the share of sports betting money the Cities of Lincoln and Tiverton annually collect for hosting the state’s two casinos.

Lincoln and Tiverton each get $100,000 per year from the revenue the two gambling venues generate from sports bettors. The money is paid as a compensation for having wagering allowed at the two locations.

The state’s budget for next year calls for these payments to be raised to $200,000 per year. The budget was released by the House Finance Committee last week and lawmakers are set to vote on it on Thursday, June 24.

Rhode Island was among the first states to legalize and launch sports betting after the US Supreme Court struck in May 2018 a long-standing federal ban on the practice. Lincoln’s Twin River Casino was the state’s first gambling venue to go live with physical wagering. That happened in November 2018. Its sister property in Tiverton joined the athletic gambling fold a few days later.

The Tiverton casino opened doors to the public in the fall of that year after Bally’s (then Twin River) successfully transferred its license from a now shuttered property in Newport to its new Tiverton location.

Rhode Island launched mobile sports wagering with in-person registration at its two operating casinos in late 2019, or a year after it went out with retail betting.

Sitting on a Pile of Cash

Commenting on the proposed increase of the sports betting revenue share Tiverton and Lincoln receive from their casinos, House Speaker K. Joseph Shekarchi said that “Tiverton is going to do very well in this budget, very well, and so will Lincoln for that matter.”

House Speaker Shekarchi discussed the increased sports betting payments at a budget meeting with fellow legislators that took place this past Tuesday. The lawmaker told his colleagues that the federal Covid stimulus has placed all cities and towns in an unusually good financial position.

He was quoted by local media saying that cities and towns around the state “are sitting on a pile of cash” and that they should now come up with the best ways to spend the money and see if good things can be done with it.

Next year’s budget also includes a measure that would authorize the two casinos to reduce the portion of gaming revenue they share with their host cities, if they are closed for more than 30 days throughout the year.