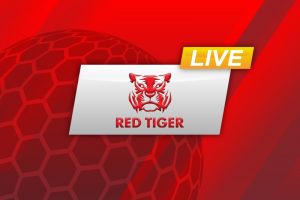 Red Tiger has rolled out its portfolio across the online casino platform of major provider SoftSwiss in a move that would further boost the casino games developer’s presence across new and existing markets.

As a result from the content supply deal that Red Tiger announced today, the supplier’s lineup of products can now be accessed by SoftSwiss’ major brands, including N1casino, Playamo, and Spinia, as well as by their players.

SoftSwiss’ online casino platform is licensed by the Malta Gaming Authority and features content by a number of game developers. It now offers classic Red Tiger slots such as Pirates’ Plenty – Battle for Gold and Dragon’s Luck as well as a number of recently released titles.

Under the supply deal between Red Tiger and SoftSwiss, the latter’s platform has also been provided with access to Red Tiger’s hugely popular daily and hourly jackpots.

Red Tiger’s partnership with SoftSwiss comes as the latest nice development for the iGaming supplier announced in recent weeks. Last week, the company revealed a deal with Irish bookmaker BoyleSports.

Under that deal, Red Tiger has become the exclusive provider of online slots games to the gambling operator’s recently revamped Vegas tab. The partnership with BoyleSports included the content supplier’s jackpots network, as well.

Following the integration of their titles onto SoftSwiss’ platform, Red Tiger CEO Gavin Hamilton said that it’s great to be able to go live with SoftSwiss and that their partner’s platform “provides cutting-edge iGaming technology and works with a wide range of leading casino brands.”

Mr. Hamilton went on that they pride themselves in “creating immersive entertainment experience and have no doubt that our collection will perform well with players on the platform.”

SoftSwiss Chief Commercial Officer Max Trafimovich added that their new partner is a highly respected supplier “with a track-record of excellence,” so they are delighted to have them on board. Mr. Trafimovich also pointed out that Red Tiger’s “premium quality games will make a strong addition” to their existing offering.

Red Tiger and SoftSwiss first announced their partnership this past November. With the recently completed integration, Red Tiger has joined more than 50 other providers to be featuring their content on the SoftSwiss online casino platform.

Red Tiger was founded in 2014 and is headquartered in the Isle of Man. The company has a proven track record of creating and providing innovative and engaging casino gaming content for multiple regulated markets across Europe and in Asia.