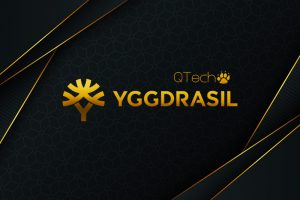 Asia-focused online casino games distributor QTech Games is building on the momentum it has gained in the last few months with a new partnership with a major content supplier.

The company said today that it has teamed up with Yggdrasil in a move that has enabled QTech to expand and diversify the offering it provides its operator partners with access to.

In addition, the recently inked deal has opened the doors to Yggdrasil to expand its presence across lucrative Asian markets and emerging territories elsewhere around the globe.

Under the terms of the newly formed partnership, Yggdrasil’s suite of online casino games has been made available to QTech’s clients and their players. The games developer and supplier’s portfolio currently includes more than 70 titles, including hit classics Vikings Go Berzerk, Valley of Gods, and Jungle Books alongside newer additions such as Temple Stacks and the company’s latest release Multifly.

As a result of its partnership with QTech, the iGaming development studio will be able to explore established and emerging markets in Asia where online gambling has been making waves in recent years.

Of their newly announced partnership with Yggdrasil, QTech CEO Markus Nasholm said that they are delighted to align with the game development studio as its “stunning games never need any hype” because “they are already exceeding expectations.”

Mr. Nasholm went on to say that their proprietary platform is loaded with content from the industry’s top providers and “Yggdrasil now stand at the summit of this mountain.”

Mr. Nasholm also noted that their partnership with Yggdrasil will see the introduction of quest-like missions that will provide players with live leaderboards and other offerings that would fuel “the battle for social-channel bragging rights” so that customers can share the fun and “drive online dwell-time for any of our partners.”

The QTech boss pointed out that his team is looking forward to seeing how Yggdrasil’s games perform in Asia, particularly in emerging markets where demand and need for a localized casino product is believed to be paramount “in tackling a diverse backdrop of cultural trends and player preferences.”

QTech ranks among the fastest growing distributors of iGaming content in Asia. Its platform features one of the broadest portfolios of titles in the region, which is localized for each area and offers native apps, powerful marketing and reporting tools, and 24/7 local language support.

Last week, QTech announced that it has partnered Kalamba Games to add the provider’s games library to the offering already available on its platform.