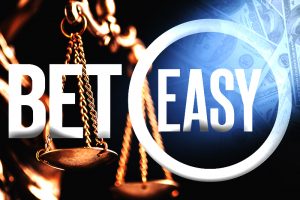 The Stars Group-owned Australia-facing sports betting operator BetEasy is being sued for unpaid winnings after a punter won nearly A$1.2 million via a monster parlay she placed on several horses in May 2018. The customer received only A$250,000 from the bookmaker.

In a Supreme Court filing, Renee Bell claims that BetEasy acted in a deceptive and misleading manner when it accepted A$500 worth of multi-bets that had a potential return of A$1,443,695.90 without informing its customer that it had a maximum payout limit that stood at A$250,000.

However, she was eventually paid A$250,000, or only a fraction of what she had expected to receive. BetEasy also returned Ms. Bell’s A$100 stake and canceled her other four bets, refunding her $400.

Under BetEasy’s terms and conditions, “the maximum payout for a multi-bet for a racing/sports or a combination of both is A$250,000.”

In early 2018, CrownBet purchased the underperforming Australian business of British bookmaker William Hill. Shortly after, The Stars Group acquired a majority interest in CrownBet and rebranded the operator as BetEasy to turn it into one of the largest providers of digital wagering services in the Australian market.

In its terms and conditions, BetEasy says that it is its customers’ responsibility to adjust their stake accordingly to its limits.

In her Supreme Court lawsuit, Ms. Bell’s legal representatives argued that the sports betting operator has accepted the punter’s bets without warning her that a maximum payout limit applied and that she should have considered that when placing her wagers.

The affected BetEasy customer now seeks to get her A$1,193,195.90 payout plus interest as well as damages under Australia’s Consumer Law.

BetEasy is soon set to become part of a larger gambling group as its owner is in the middle of a multi-billion merger with Irish gaming and sports betting giant Flutter Entertainment. The Flutter-Stars Group tie-up recently received clearance from the UK’s Competition and Markets Authority.