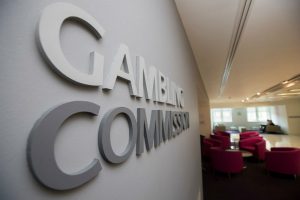 With massive presence in big and emerging markets, Betway is one of the big guys in the highly competitive and rapidly growing online gambling industry.

Yet, despite its popularity in the international gambling community, the company has long been under media fire for keeping important pieces of information such as who it is owned by under wraps.

And over the years, there have been media reports, including ones published by Casino News Daily, suggesting that Betway’s anti-money laundering and social responsibility practices might have been weaker than what it is generally required from gambling operators licensed in major jurisdictions such as the United Kingdom and Malta.

In a turbulent time for the UK gambling industry, the nation’s Gambling Commission slapped this week its highest fine to date and Betway was the erring operator that was hit with the record £11.6 million penalty package.

One of the most striking examples of Betway’s weak AML and social responsibility controls involved the company letting one of its highest spending UK customers deposit over £8 million and lose more than £4 million over a four-year period and failing to establish the customer’s source of funds.

The company maintained its relationship with the customer and only closed their account after the police contacted Betway.

Another case involved a different customer depositing and losing the amount of £187,000 in two days. A VIP Account Manager contacted the customer who told the Betway staff that there were no issues. Despite indications that the person could be a problem gambler, the operator let them continue to deposit money into their account.

The customer’s account was only closed after a member of their family raised concerns with Betway. The customer eventually requested to self-exclude.

The incidents with seven of its VIP customers resulted in £5.8 million flowing through Betway, but as the UK Gambling Commission has put it, the money “has been found, or could reasonably be suspected to be, proceeds of crime.”

UKGC Executive Director Richard Watson said that the actions of the gambling operator “suggest there was little regard for the welfare of its VIP customers or the impact on those around them” and that Betway’s case showed “why operators’ management of high value customers must change and why the industry must do everything to interact with customers responsibly.”

The gambling operator’s recently issued penalty package requires it to pay £5.8 million in lieu of a financial penalty that will be directed towards the implementation of the National Strategy to Reduce Gambling Harms and another £5.8 million the majority of which would go to victims “where it has been found, or could reasonably suspected to be, proceeds of crime.”

More Should Be Done?

Even though the £11.6 million penalty package Betway was slapped with was the highest ever issued by the UK Gambling Commission, long-time anti-gambling lobbyist Carolyn Harris MP has indicated that she does not think that was an adequate punishment for the operator’s failings.

The politician, who was among the most vocal proponents of last year’s crackdown on UK’s retail betting sector, commented:

“Just how exploitative has a gambling company got to be before the Gambling Commission suspends their licence?

Betway’s fine for calculated and deliberate manipulation of VIP customers is paltry in comparison with the damage they will have caused to those caught in the web of VIP inducements.”

Ms. Harris went on that the gambling industry is corrupt, the Gambling Commission is complicit, and “both should be concerned that their ability to operate in this way is fast coming to an end.”

Ms. Harris’ comments come in the wake of a report by the National Audit Office that argued the Gambling Commission was “outgunned” by gambling companies and that it was “unlikely to be fully effective in addressing risks and harms to consumers within the current arrangements.”

Regulatory Trouble in Other Markets

The UK Gambling Commission has not been the only regulator to have probed Betway’s activities in recent years. The Belgian Gaming Commission announced early last year that it has started a sanction procedure against the company due to lack of transparency regarding its owners as well as the use of a cumulative license, which is prohibited under Belgian law.

The mystery surrounding Betway’s owners has landed the company in hot water in Belgium and has been subject to wide coverage by local media outlets. It could be said that its troubles began after the company was among those named in the so-called Paradise Papers.

Based on information in the Paradise Papers, Belgian news outlet De Tijd discovered that Betway’s Malta office in the town of Gzira was “nothing more than a PO address” with a tiny nameplate next to a door leading into a shabby building.

The saga around the mystery person or people who own the operator has extended to the UK. Earlier this year, the UK Gambling Commission faced pressure to reveal details about Betway’s ownership.

The regulator responded that while it had received information about who owns the company when it reviewed Betway’s license application, it was not obliged to disclose that information to the public due to data protection laws.

Ms. Harris fired at the Gambling Commission saying that it has allowed “Machiavellian dealings to go on unhindered” and that the regulatory body should tell British MPs who owned Betway so the owners can be held reliable for the “devious deals and deception” that stood at the heart of the gambling industry.

An investigation by the Daily Mail revealed South African entrepreneur Martin Moshal as one of the backers of the controversial gambling operator. Mr. Moshal is also believed to be one of the founders of online casino software provider Microgaming.