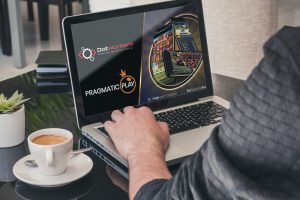 Online casino games provider Pragmatic Play has moved further into Latin America, a region that has seen continued growth over the past few years, thanks to a recent multi-vertical supply deal with local operator Dotworkers.

The partnership will see Pragmatic Play provide its newest client with access to products from three different categories.

The deal covers the provider’s extensive slots collection that it makes sure to expand on a monthly basis with up to five new titles. Dotworkers players will thus soon gain access to multi-award-winning online slot Wolf Gold as well as the supplier’s latest release Fruit Party 2.

As part of this newly formed alliance, Pragmatic Play will also deliver its Live Casino suite to the operator to offer to its players. The supplier’s Live Casino range includes multiple table games such as the thrilling One Blackjack as well as gameshow-inspired titles such as Mega Wheel.

Last but not least, Dotworkers and its players will gain access to Pragmatic Play’s newly launched Virtual Sports offering that has rapidly been gaining momentum as demand for this type of products has been growing consistently in the last couple of years.

Pragmatic Play’s multi-product portfolio also includes a comprehensive range of Bingo games, but these are not covered by the provider’s recent deal with Dotworkers.

Commenting on their partnership with Dotworkers, Pragmatic Play Vice President of Latin American Operations Victor Arias said that they continue to expand their LatAm presence with “another exciting deal to add to our catalog.”

Mr. Arias went on to note that Dotworkers is an exciting brand that they are looking forward to working together with for a long time.

This is the latest in a series of LatAm-focused partnerships announced by Pragmatic Play in recent weeks. Earlier this month, the company expanded an existing partnership with Spanish gambling giant Codere to launch its content with the operator in its homeland as well as in Colombia’s regulated online gambling market.

Of going live with Pragmatic Play’s products, Dotworkers General Manager Patricio Broerse said that the provider’s multi-product portfolio allows it to stand out in the market and that they are very happy to take three full verticals from it.

Mr. Broerse went on to note that they will make available a huge amount of new and diverse content to their players and that this upcoming rollout makes them very happy.

Dotworkers recently teamed up with iSoftBet, another major content maker and supplier, to further expand its portfolio of offering as it looks to stand out in the region’s crowded online gambling space.