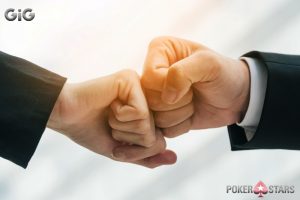 GiG announced today that it has teamed up with PokerStars in a move that will see the online poker giant utilize the gambling group’s proprietary affiliate monitoring and compliance technology GiG Comply across its global affiliate operations.

GiG said that GiG Comply will become a key component in PokerStars’ efforts to ensure that members of its affiliate program, Stars Affiliate Club, meet constantly heightening advertising criteria across all regulated markets the PokerStars brand is present.

The partnership between PokerStars and GiG comes amid a widespread trend of more and more gambling regulators in both European and non-European markets becoming more proactive in adopting strict compliance rules, more sophisticated in detecting compliance issues, and more stringent in penalizing those caught to be breaching rules.

GiG Comply boasts proprietary self-service technology that scans and analyzes thousands of websites to ensure that its clients’ affiliates meet all specific advertising regulations in different markets as well as the standards set by gambling operators.

GiG’s compliance monitoring software also provides gambling companies with detailed reports that include links, brand mentions, and images to ensure that each operator’s affiliate department is up to date on the content their affiliate partners deliver to gambling audiences.

Of their decision to utilize the GiG Comply technology, Rebecca McAdam Willetts, Associate Director, Group Public Relations at The Stars Group, said that they work closely with their affiliates to make sure that “the content delivered to their audiences is compliant and responsible, and meets the same high standards expected of the PokerStars brand.”

Ms. Willetts went on that “GiG Comply adds a new dimension to those relationships and controls, and we work forward to seeing the technology in action.”

GiG Chief Executive Richard Brown commented that they are pleased to have signed PokerStars to their GiG Comply portfolio and that “assisting them in compliance efforts ensures they remain at the forefront of responsible gaming.”

The Stars Group’s PokerStars brand was the latest high profile client to pick GiG Comply in a bid to up its affiliate compliance monitoring game.

Online gambling powerhouse bet365 earlier this month extended its existing relationship with GiG Comply as it looks to make sure that its affiliate partners carry out marketing campaigns for the bet365 brand in a manner that complies with heightening criteria in various markets, including the UK, the US, and across Europe.

Bet365 originally partnered GiG Comply in the spring of 2019 as the gambling operator was gearing up preparations to enter the New Jersey’s regulated online gambling market.

Besides PokerStars and Bet365, the list of GiG Comply clients includes Betsson, Betfred, and SuprNation, among others.