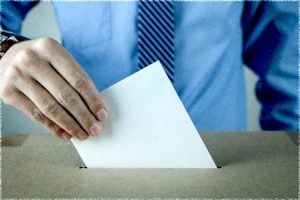 The St. Tammany Parish Council on Wednesday voted 8-6 to put a proposed casino in the Slidell area on the November 13 ballot after a heated public debate on the matter that lasted nearly seven hours.

The parish vote was one of the last big hurdles the casino scheme had to overcome before being put before residents to vote on it a little over four months from now.

Los Angeles-based developer Peninsula Pacific Entertainment (P2E) wants to build a $325 million hotel and casino complex on about 50 acres of land at Interstate 10’s Exit 261 along Lake Pontchartrain, just outside the Louisiana City of Slidell.

The company holds one of the state’s 15 riverboat casino licenses. It previously operated DiamondJacks Casino in Bossier City, but permanently shuttered that facility in the spring of 2020. P2E now wants to use the vacant license to open a casino in Slidell.

However, before the company can do that, St. Tammany Parish residents need to vote in a local referendum to reverse a 1996 ban on casino expansion in the region. Last month, Louisiana lawmakers approved a bill authorizing a parishwide vote on the proposed casino, and the Parish Council’s Wednesday vote would now put a casino question on the November 13 ballot.

P2E will also have to secure approval from the Louisiana Gaming Control Board to move its license to Slidell.

The Wednesday public debate attracted both staunch advocates and opponents of the proposed casino. Supporters said that an establishment of that kind would provide much-needed new tax revenue and jobs.

The board running the St. Tammany Parish Development District recently entered into an agreement with P2E, under which the company would annually contribute 5% of its net gaming revenue to the agency.

The economic development board would then distribute the money, projected by P2E to be around $9 million every year, across various other government agencies in the parish.

Supporters of the project further noted that the construction of a casino in the area would help the state keep some of Louisiana’s gambling money from heading to venues in neighboring Mississippi.

However, opponents argued that the social ills that the gambling establishment would bring, including a spike in crime and addiction, as well as the increased traffic, outweigh the benefits.

Late last month, P2E announced that it would up its initial investment in the scheme by $75 million to $325 million. The company originally planned to invest $250 million into its project. The future complex will feature a 250-room premium hotel, a casino with slot machines and table games, lakeside upgrades, an outside pool, an event venue, and multiple food and beverage options.