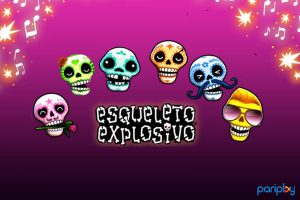 Online casino content provider and aggregator Pariplay, part of Aspire Global, has just further expanded the offering available on its Fusion platform through a partnership with innovative slots studio Thunderkick.

Founded in 2012 in Stockholm, Thunderkick has quickly established itself as a leading independent developer of content for the iGaming industry both in the Nordics and further afield.

The studio runs offices in Sweden and Malta and holds licenses from the Malta Gaming Authority, the UK Gambling Commission and the Romanian National Gambling Office. Its products are further certified by the competent regulators in Sweden, Denmark, Gibraltar, and Portugal, among others.

Under their recent partnership, Thunderkick will soon add its entire suite of content to Pariplay’s Fusion aggregation platform. The games will thus be ready to be rolled out to Pariplay’s many operator partners across a host of regulated markets.

Pariplay’s content aggregation platform currently boasts thousands of games from some of the industry’s leading developers. It also features a rich suite of back-office conversion and retention tools that are proven to enhance player value.

Commenting on integrating Thunderkick’s titles, Pariplay CCO Christine Lewis said that they believe the studio’s “innovative and beautifully presented content will greatly help operators in the Nordics and beyond attract and retain players.”

The official further pointed out that they are on a mission with their Fusion platform to deliver the broadest and highest quality content to their partners and that by teaming up with the independent iGaming studio, they have certainly bolstered their network of operators’ hand with releases that are “both distinctive and highly entertaining.”

Thunderkick Commercial Director Jan Lunde added that as a studio that takes great pride in its independence of spirit, their titles are “distinctive and fresh and have proven to be potent in entertaining and also retaining players.”

The developer’s Commercial Director went on to note that the opportunity to feature on the Fusion platform means that their games will now reach an even wider audience and will land in a number of key markets with leading online casino brands.

Pariplay’s partnership with Thunderkick is the latest in a series of important announcements made by the provider in recent weeks. Last month, the company obtained a suitability license from the Hellenic Gaming Commission to provide its products and services in the newly reorganized Greek online gambling market.

And in May, Pariplay launched its offering in Colombia’s regulated market through a partnership with Spanish and LatAm gaming and sports betting giant Codere.