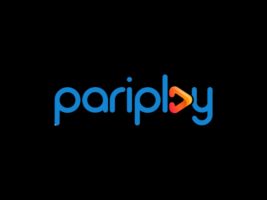 The agreement will see Baumbet’s online casino gain access to more than 100 games as well as to titles from third-party content suppliers.

Baumbet is a market leader in Romania with more than two decades of experience. The company has been running retail betting locations across Romania for years and is now looking to establish itself in the Romanian iGaming space with its online casino.

The partnership between Baumbet and Pariplay will see the operator add some of the provider’s hit titles such as Dragons of The North and newly released games, including Bloodshot: Rising Spirit and Phoenix Gold, to its existing offering.

The recently penned deal also covers content from third-party providers Pariplay has been working with such as Greentube, Skywind Group, and Microgaming, among others.

The company offers B2B solutions for the online gaming industry, including its content aggregator Fusion, as well as varied gaming titles.

Commenting on their partnership with Pariplay, Baumbet COO Daniel Cordos said that they are pleased to be teaming up with the content aggregator and supplier as it has a “broad regulatory footprint and has demonstrated rapid growth in Europe.”

Mr. Cordos went on that their goal is to ensure that they offer their online customers the best experience and diverse games and that through their supply deal with Pariplay, “players will be introduced to an interactive suite of high-quality casino games, aligning with that goal.”

Richard Mintz, Commercial and Marketing Director at Pariplay, said that their partnership with Baumbet would see them expand their presence in Romania. The official added that with the innovative graphics and quality of their games, they are confident that they would “add substantial value to the overall gaming experience for Romanian players.”

Mr. Mintz also revealed that they are on track to expand into more European markets this year.

Pariplay is the second major content studio Baumbet has teamed up with this week as part of its effort to expand the games suite it offers at its online casino. Earlier this week, news emerged that the Romanian operator has partnered casino games supplier Playson, which has expanded significantly in the Romanian market since it obtained a license from the ONJN last summer.