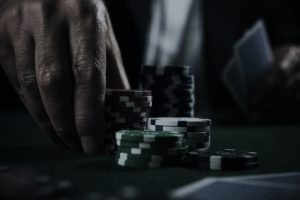 The National Betting Authority of the Republic of Cyprus announced plans to open a prevention and intervention center that will be aimed at combating gambling addiction among residents of the island nation.

The center will specifically look to help people who have shown symptoms of gambling addiction. It will also look to raise public awareness on responsible gambling.

A few years ago, Cyprus reorganized its online betting market to open it to international operators willing to conduct their activities in a regulated environment. In addition, the country legalized casino gambling.

Hong Kong-listed integrated resort operator Melco Resorts & Entertainment was selected as the preferred operator of Cyprus’ brick-and-mortar gaming facilities. The company was allowed to build an integrated resort in the city of Limassol, currently under development and slated to open doors in late 2021, as well as four satellite casinos in the cities of Nicosia, Larnaca, Ayia Napa, and Paphos.

The opening of the new prevention and intervention center comes as part of the Cypriot government’s efforts to address the risks associated with increased gambling in the tiny Mediterranean island nation.

The Cypriot government has earmarked €1 million that the National Betting Authority should use to promote the prevention and intervention center as well as any rehabilitation programs for gambling addicts.

The gambling regulator has previously held various seminars and workshops intended for underage people who needed to be educated about the risks associated with gambling and particularly with compulsive online sports betting.

As part of its efforts to mitigate the risks associated with increased gambling, the National Betting Authority last year rolled out an app enabling gamblers to self-impose a limit on the time they spend on betting websites.

The Cypriot government estimates that the gambling industry would contribute €16.5 million in tax revenue to the country’s coffers and related fees this year, while another €500,000 is expected to be received by the gambling regulator from inactive online sports betting accounts.

In separate news relating to the island nation’s gambling industry, Cyprus Casinos (C2), Melco’s Cypriot gaming entity, said on Thursday that they are fully compliant with health safety guidelines and regulations for containing the spread of Covid-19.

It emerged earlier this week that C2’s temporary casino in Limassol has been discovered to have hosted more than 75 people during a police check. The operator denied the reports about it being caught in violation of the rules and said that it is consistently enforcing the requirement to allow no more than 75 people, including staff, at its gaming floors.

Source: Gambling addiction centre to open its doors in July