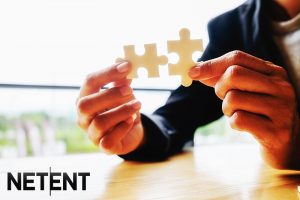 Swedish online casino content developer NetEnt today announced that it is set to implement a full integration with fellow provider of casino games Red Tiger, which it acquired last fall in a £200 million deal.

As a result from the pending changes, the enlarged group will cut its workforce by approximately 120 employees based in NetEnt’s Stockholm and Malta offices.

The Swedish iGaming provider said in a press release published this morning on its website that the acquisition of Red Tiger exceeded management’s expectations and offers significant potential for further synergies, increased efficiency, and economies of scale.

NetEnt said that it is currently implementing a restructuring to accelerate the full integration of Red Tiger with its new parent organization.

The changes are set to result in several functions being relocated and in 120 full-time jobs, mostly in Stockholm but also in Malta, being made redundant.

Red Tiger was the first provider to have been able to add its content to NetEnt’s NetEnt Connect content aggregation platform, which the company rolled out late last year. After its soft-launch, NetEnt Connect has gone live with a number of online gambling operators, including Bethard, Greece-facing brand Stoiximan, and Germany-facing brand Betano, among others, and has added content from a number of third-party providers.

NetEnt said the integration with Red Tiger and the changes the move necessitates are completely in line with the Swedish gaming group’s strategy to constantly improve every aspect of the business and thus “strengthen competitiveness and increase value creation in the company.”

The pending restructuring is estimated to generate annual cost savings of SEK150 million on a cash-flow basis starting from the second half of the year. As a result, NetEnt is raising the anticipated annual cost synergies from the Red Tiger acquisition to approximately SEK250 million from the previously announced SEK150 million per year.

Commenting on the planned full integration with Red Tiger, NetEnt CEO Therese Hillman said that the move will “unleash the full potential of our shared capabilities, create significant efficiency gains in games development and strengthen our position as the market leader in online casino.”

In separate news, NetEnt said today that the earn-out cash consideration for Red Tiger is set to be redeemed through a directed issue of new shares and cash payment.

The Swedish iGaming content developer and supplier also updated the market on the impact it expects from the unfolding coronavirus crisis that has resulted in massive closures of land-based gambling facilities around the world and in a slump in sports betting activity due to the postponement/cancellation of a number of major sporting events.

However, the iGaming industry has seen a surge in online casino activity in recent weeks as people are urged to stay home to help curb the spread of the dangerous virus.

NetEnt said that its operations have not been affected negatively by the global coronavirus crisis and that quarterly revenues have so far been in line with expectations.