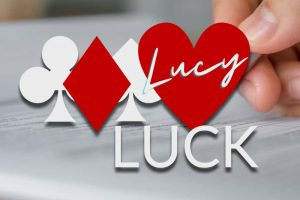 Lucy Luck Gaming, the Terre Haute-based company that was previously granted a license to build and operate a casino in the city in partnership with Hard Rock International, has filed an appeal to the Indiana Gaming Commission’s decision not to renew that license.

The Hoosier State gaming regulator announced its decision in late June, explaining that it was prompted by the fact that Lucy Luck had failed to hire an executive team to run the planned gambling venue and had not secured full financing for its development.

The company planned to spend $175 million into the development of a casino complex in Terre Haute. The property was expected to open doors in 2022, although that original timeline now seems unlikely, and to generate about $4.6 million a year in revenue for the local government. More than half of that money was supposed to be distributed to the Vigo County School Corp.

In March, Lucy Luck informed the Indiana gambling regulator that it had secured a financing package to complete its project.

As mentioned above, the venue would have been built and operated in partnership with Florida-based gaming and hospitality giant Hard Rock.

After denying Lucy Luck renewal of its license, the Gaming Commission reopened in June the license application process for the Vigo County casino. Interested applicants have until September 22 to pay a $50,000 application fee and fill in the application form.

The agency said at the time that it was its top priority to ensure a transparent selection process and pick a preferred new developer “as expeditiously as possible.”

News emerged earlier this week that the Terre Haute developer has filed a petition for stay of effectiveness on the Gaming Commission’s order in mid-July. Lucy Luck is represented by Donald E. Morgan of Indianapolis.

Mr. Morgan said in the company’s petition that a stay was “sensible and appropriate” and the “only way to avoid the potential procedural and practical nightmare that would result in a new license application process.”

Lucy Luck’s lawyer further noted that the company had timely filed a completed application to have its license renewed, seeking to “continue its ongoing activities with respect to the development of a casino in Vigo County.”

Following the filing of Lucy Luck’s appeal, both the developer and the Indiana Gaming Commission were ordered to participate in evidence gathering on the matter. A status conference is set to take place on September 9, during which the two parties will be able to report on the progress of discovery.