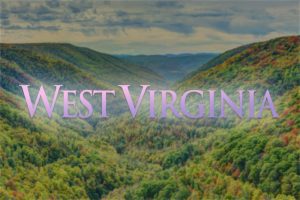 Australian online slots developer Lightning Box has ventured further in the US with the recent launch of a selection of its content in West Virginia’s regulated iGaming market.

After clearing the necessary regulatory hurdles, Lightning Box has launched two of its most iconic and popular titles – Chicken Fox and Lightning Horseman – in the Mountain State, which opened its market for regulated online casino-style products not long ago.

This is the fourth state the independent studio has been authorized to enter. The company launched a host of its products in Michigan in January 2021, which is shortly after that state regulated online casino gaming. In addition, its content has been available in Pennsylvania since November 2020. Lightning Box has entered all these three states via SG Digital, its long-term US partner and the online gaming division of gambling software powerhouse Scientific Games.

It should also be noted that Lightning Box titles can be spotted at the games lobbies of New Jersey-licensed online casinos as the studio entered that state all the way back in 2014. The Garden State regulated iGaming in 2013 and was for a while one of few US territories where conducting this type of activities was legal.

Excited to Have Met Regulatory Requirements in Yet Another State

Commenting on their West Virginia debut, Lightning Box CEO and co-founder Peter Causley said that they are excited that the company has met the requirements in yet another regulated state as an increasing number of US territories open up for business.

He went on to point out that their content has been very popular with US players in the land-based and social casino sectors and that he is pleased more and more of them are now getting to experience the studio’s games online, too.

Of West Virginia’s market, Mr. Causley said that it holds a number of significant opportunities to Lightning Box, “given the number of established operators in the state” and that they are looking forward to partnering with these operators via SG Digital.

Steve Mayes, Partnerships Director, Digital at Scientific Games, said that after a series of successful launches across the US, they are delighted to now expand their content offering in West Virginia and bring their immersive experiences to local players, while further enhancing their “incredibly strong partnership with Lightning Box.”

West Virginia is the latest new market the Australian online slots developer has entered recently. It celebrated earlier this month its debut in Colombia, and Latin America, as a whole. The studio entered that important market through a partnership with online gambling group Betsson.