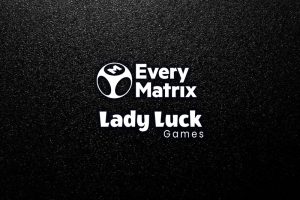 Lady Luck Games, an EveryMatrix-backed Swedish online casino games developer, is now live with 86 top-tier digital gambling operators as the popularity of its products has seen a tremendously fast growth in recent months.

The studio celebrates this latest of a string of recent milestones after successfully completing a host of launches with Tier 1 online casino operators via EveryMatrix.

Lady Luck Games integrated with its partner’s RGSMatrix remote game server in July. This has paved the way for the fast-growing games creator to go live with some of the industry’s leading operators and their brands, including Betsson, ComeOn, Hero Gaming, Videoslots, and Casumo, among others.

All of the developer’s online slots, including hit titles Mr Alchemister, Lucky Mr. Wild, Total Summer Bliss, Ruler of Egypt, and Weight of the Gun, are now available to a wide audience of players. Others in Sweden and Denmark are expected to join them shortly, it also became known.

Lady Luck Games was established in 2019 in Stockholm by a team of industry veterans and visionaries. Since it was founded, the studio has maintained a strong focus on the gameplay experience and sticky designs.

Using its in-house innovation and creativity coupled with high-end technology, the developer boasts an ever-expanding portfolio of online slots.

Eight online casino content aggregators are also set to gain access to Lady Luck Games’ portfolio. The studio’s games will thus become available in more than 11 leading regulated territories as well as in markets that are regulated by the Malta Gaming Authority.

Commenting on their latest big milestone, Lady Luck Games co-founder and CEO Mads Jorgensen said that going live on RGSMatrix has enabled them to integrate with a number of new operators in multiple markets and that they expect to generate good revenues as a result.

He pointed out that bearing the above in mind, their integration with EveryMatrix’s remote game server has undoubtedly proved to be a game-changer.

The studio’s CEO further noted that having a company of EveryMatrix’s “standing and experience in our corner is a real help and we are super excited about so many new players trying out our slots for the first time.”

Lady Luck Games and EveryMatrix’s collaboration began in May when the latter company announced investment in the studio ahead of its late June listing on Nasdaq First North Growth Market.

EveryMatrix Group CEO Ebbe Groes said that Lady Luck Games produces high quality content and has “what it takes to make it big in this industry.” The executive went on to add that “being on the ground floor as an investor and now as a distributor is really important” for them and that they are now looking forward to seeing the results.