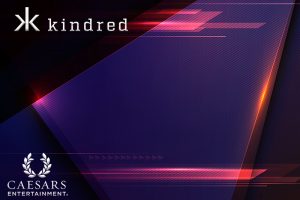 Under the terms of the major commercial deal, Kindred Group will be able to enter the regulated sports betting markets of Indiana and Iowa, and potentially venture into other states. The agreement between Kindred and Caesars enables the European operator to provide online sports betting and online casino-style gaming services pending passage of applicable laws and the parties obtaining the necessary licenses.

Kindred’s agreement with the major casino operator provides the European group with the opportunity to pursue licensing in both Indiana and Iowa over a ten-year period. The two states legalized retail and online sports betting last summer.

In Indiana, Kindred is set to partner Caesars’ Horseshoe Hammond casino, while in Iowa it will operate in partnership with the casino operator’s Harrah’s Council Bluffs property. Kindred will service customers in both states through its flagship Unibet brand.

What’s Next for Kindred’s US Expansion?

As mentioned earlier, Kindred’s partnership with Caesars enables the company to immediately apply for a license for the provision of sports betting services in Indiana and Iowa. The gambling operator will certainly look to benefit further from the fact that it has partnered a major US casino operator and will look to explore further expansion opportunities in additional states.

Commenting on their deal with Caesars, Kindred US SVP Manuel Stan said that their partner’s “geographical spread in the US gives a unique opportunity to build our footprint, with Indiana and Iowa next in line and potential other states lined up.”

Caesars Executive Vice President Christian Stuart added that as the company “continues to gain state approvals for legalized sports betting in the US, we look forward to adding Kindred to our list of sports betting partners in certain states.”

Mr. Stuart also noted that despite partnerships with other gambling companies, it can continue to provide its own betting products under its Caesars Sports brand in the states where it has been authorized to do so.

To further support its US expansion, Kindred announced that it has also extended its existing partnership with Pala Interactive, following a successful launch in Pennsylvania in November 2019, to now include Indiana and Iowa.