Kindred Gets SEK100 Million Fine for Bonus Violations in Sweden 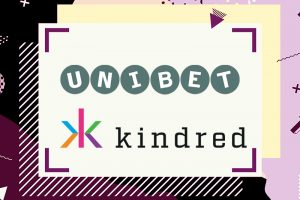 Online gambling operator Kindred Group has been slapped with a record SEK100 million (approx. $10.1 million) fine by the Swedish Gambling Authority, Spelinspektionen, for bonus violations and conducting gambling activities that its license from the regulator does not cover.

The fine was the steepest issued by Spelinspektionen following the reorganization of the Swedish iGaming market in early 2019 and its opening to international online gambling companies.

In a message on its website, the Swedish gambling watchdog announced today that aside from the hefty penalty, Spooniker Ltd., a wholly owned subsidiary of Kindred Group that holds a license from Spelinspektionen, has also received a warning.

The regulator said today that after a review of Kindred’s operations in Sweden, it has discovered that the company offered several different unauthorized bonuses to its Swedish customers in March 2019.

New checks were conducted in May and June 2019, during which Spelinspektionen identified more bonus offer violations. In addition, the regulator found that Kindred’s locally licensed subsidiary offered lotteries, a product that was not covered by its license.

Under Swedish gambling law, online gambling customers are eligible to a one-off bonus offer upon opening a new account with a Spelinspektionen-licensed operator.

Spelinspektionen said today that it has considered a warning and a sanction fee to be sufficient penalty for Kindred’s violations of Swedish rules as the company has made the necessary corrections in its practices regarding its offering bonuses to Swedish players.

After news about its fine in Sweden emerged, Kindred clarified that some of its local subsidiary’s “offers, competitions, and promotions” were considered “as financial incentives and therefore as bonuses” and were “contrary to the new [Swedish] gambling legislation.”

The multi-brand gambling group noted that its original interpretation of what was considered a bonus offer under Swedish law was a bit different, and was thus disputed by the Swedish Gambling Authority.

Kindred said it would appeal its penalty from Spelinspektionen in a bid to “obtain judicial guidance on how the new legislation should be interpreted.” The company pointed out that it believes the Swedish Gambling Act, which took effect on January 1, 2019 to reorganize the local iGaming space, “has been vague in areas related to commercial activities and thereby creating unnecessary ambiguity.”

Of the size of Kindred’s fine, Spelinspektionen explained that under current law a sanction fee imposed on an erring operator should not exceed 10% of its revenue. The regulator said that the number of bonus offer violations and the fact that Spooniker had provided unauthorized activities as well as its significant revenue in Sweden justified the record fine it was slapped with.