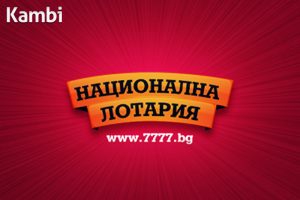 News about Kambi cutting ties with the gambling company come hot on the heels of sweeping changes in Bulgaria’s gambling law that, among other things, restricted lottery operations to the state-run Bulgarian Sports Totalizator.

Up until recently, National Lottery AD was Bulgaria’s largest provider of various lottery products, with scratchcards being its most popular offering in the tiny Balkan nation.

In a statement on its official website, Kambi said Thursday that it has moved to temporarily suspend the 7777 sportsbook after National Lottery has voluntarily surrendered its operating license to the Bulgarian Gambling Commission.

The sports betting provider did not dwell further on why it has moved to cut ties with its Bulgarian partner. The company only said that the recent discontinuation of its Bulgarian sportsbook would have “a small negative” impact on its 2020 revenue, should the temporary suspension continue.

The crackdown on privately-run lotteries caused a real media storm in Bulgaria that keeps raging on for nearly three months now. The frenzy is being fueled by the fact that National Lottery’s boss, Bulgarian businessman Vasil Bozhkov, is now facing multiple charges.

The clampdown on his business was prompted by claims that the business mogul and his lottery operation had for years failed to pay proper taxes for conducting its activities in Bulgaria.

Bozhkov fled his homeland shortly before he was leveled the first of a growing number of charges, ranging from leading an organized crime group, extortion, coercion, and attempted bribery. One of Bulgaria’s richest men is also probed for murder and rape.

Early in February, Bulgaria’s Chief Prosecutor Ivan Geshev announced that Bozhkov had been detained in the United Arab Emirates and that his office was preparing a request for his extradition.

Bozhkov has been released from custody, but UAE authorities have confiscated his passport to prevent him from leaving the country. Bulgaria and the UAE do not have an extradition treaty, but Bulgarian authorities have recently sent their Emirates counterparts a hefty set of documents relating to support extradition request.

Bulgaria’s prosecution office has also leveled charges against several of Bozhkov’s aides as well as the two most recent chairpersons of the country’s Gambling Commission as they are believed to have facilitated Bozhkov and his lottery business in dodging taxes, another charge pressed against the embattled mogul.