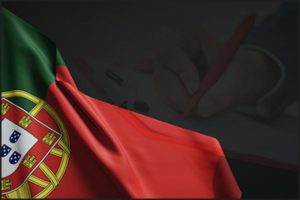 Online casino games maker Kalamba Games has reached another big milestone as it looks to expand its regulated presence across European markets.

A selection of the company’s titles have recently been certified in Portugal by the local regulator, SRIJ, paving the way for Kalamba to soon provide Portuguese players with access to its offering.

Portugal reorganized its iGaming space in the spring of 2016 to enable interested local and international digital gambling operators to obtain licenses from the nation’s regulator and operate in a regulated environment. The Portuguese market quickly attracted the attention of multiple B2B and B2C companies to become one of Europe’s fastest-growing regulated spaces.

Kalamba announced earlier this week that fifteen of its games can now be accessed by Portugal-licensed operators and their players via the supplier’s Remote Gaming Server, Bullseye. Absolute player favorites Blazing Bull, Ducks Till Dawn, Caribbean Anne, and hits from the hugely popular Joker series have all been certified by the Portuguese gambling regulated to be offered in the local market.

Founded in 2016, Kalamba has maintained a strong focus on developing and supplying games that are proven revenue drivers and ensure commercial success for its operator partners. With offices in Malta and a development hub in Poland, the studio crafts innovative slots and other types of gaming content for both real money and social casino operators.

Latest in a Series of Expansion Milestones

News about Kalamba’s Portuguese debut come as the company’s latest expansion milestone as it has recently entered several other regulated markets, including Croatia, Italy, and Spain.

The studio premiered its content in the Italian iGaming space in February 2021 and a few weeks ago grew its presence in that market through a partnership with major local operator BetFlag.

Of their latest big announcement, Kalamba COO and co-founder Alex Cohen said that they are heavily focusing on growth this year and on extending the exposure of their content in new and existing regulated markets via their Bullseye RGS.

The official went on to note that they have kept an eye on the Portuguese market for a while and that they feel the time is now right for them to venture into that exciting market and start partnering with local operators to establish the Kalamba brand with local players.

Along with the provider’s diverse portfolio of classic titles and immersive and engaging content with a more modern look, its Bullseye platform is one of the iGaming industry’s fastest growing thanks to its legacy-free, modular architecture that aims to ensure maximum flexibility for both operators and end-users.