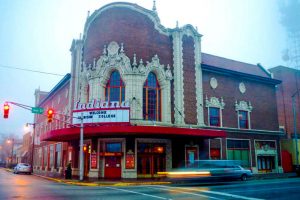 The future of a proposed Hard Rock-branded casino in Terre Haute is handing in the balance after members of the Indiana Gaming Commission last week voted unanimously not to renew the license of the property’s operator.

Commissioners said that Terre Haute-based Lucy Luck Gaming failed to hire an executive team to run the gambling venue, once operational, and did not have full financing secured for the property.

The company planned to invest $175 million into the development of the casino. In March, it informed the state gambling regulator that it had secured a financing package to complete the project.

Following last week’s ruling, Lucy Luck attorney Murray Clark told local news outlets that they have not closed on the financing because they do not have financing approval and that other than that they cannot really comprehend the meaning behind gaming commissioner’s “not fully funded” statement.

In 2019, a sweeping gambling overhaul passed by Indiana lawmakers paved the way for local casino operator Spectacle Entertainment to relocate its two Majestic Star riverboat casinos along the City of Gary on dry land.

The company partnered with Florida-based casino operator Hard Rock International to use one of its two Majestic Star licenses to build a land-based gaming complex in Gary, which opened doors last month. The Indiana Gaming Commission reissued the other license to Spectacle to develop a Hard Rock casino in Terre Haute.

The company expected to break ground on the casino in March, but the Gaming Commission repeatedly put off voting for the renewal of its license over the past several months, saying it wanted to see additional financing information first. The regulator on Thursday decided not to renew the license.

The commission further said that the application process for the Terre Haute license will be reopened and that Lucy Luck will be able to reapply but that it must first make sure to work out its problems with its project’s financing. No timeframe was provided by the regulator on the new bidding process.

Groundbreaking was projected to kick off in late June or early July. The property was expected to open doors by the fall of 2022, but the Gaming Commission’s latest ruling has created many unknowns for the future of the whole scheme.

In a statement on the matter, Lucy Luck Chairman Greg Gibson said that they are not sure if they would reapply for the license and that “it truly saddens me to know that the Terre Haute license will be open for a bidding process amongst companies who will be interested in the project solely for monetary gain, and with companies who don’t know our community like Lucy Luck does.”

Mr. Gibson, a Terre Haute native, further noted that for him “this project has always been about Terre Haute; it’s been about my home community” and that “Terre Haute deserves this casino, and I wish it could be alongside Lucy Luck Gaming.”