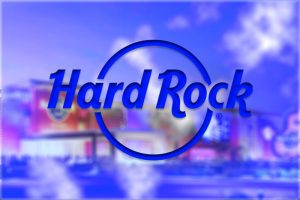 Hard Rock Casino Rockford took a leap forward on Wednesday when the Illinois Gaming Board gave the green light for the project to seek construction approvals.

The regulator further approved a list of 51 investors involved in the scheme, including three executives, and granted a supplier license to the company behind the proposed casino.

Rockford was one of six cities that were approved to host a casino under a sweeping gambling overhaul signed by Gov. J. B. Pritzker in the summer of 2019. A few months later, the Rockford City Council picked Hard Rock from three finalists that sought to build a gambling venue in the city.

The Wednesday rulings by the Gaming Board marked the first major progress for the proposed Hard Rock casino since it was recommended to the regulator by city officials in October 2019.

Hard Rock and various Illinois investors interested in the scheme have formed 815 Entertainment LLC to serve as the owner of the Rockford facility. 815 Beltway Holdings is the group that originally purchased the permanent casino location and will serve as the landlord. The company, which is led by chief investor and owner of the Dotty’s gambling café chain Dan Fischer, was issued a casino supplier license by the Illinois Gaming Board on Wednesday.

The Temporary and Permanent Locations

Mr. Fischer and his group was also been allowed to take possession of the temporary casino location after Joseph Castrogiovanni was deemed unfit for a supplier’s license.

Hard Rock and its local partners plan to build a temporary venue at the site of Giovanni’s, 610 N. Bell School Road. The nearly 38,000-square-foot restaurant and banquet hall will undergo a $8.8 million renovation to be transformed into a casino with 735 slot machines, two dining outlets and possibly a Rock Shop with Hard Rock memorabilia.

The temporary location will remain operational for around two years while the permanent one is under construction.

The permanent casino complex, estimated at $311 million, will be developed at the former site of the Clock Tower Resort on East State Street near the I-90 entrance. It will include a 65,000-square-foot casino with an initial 1,500 slot machines, 55 table games and a sportsbook, a Hard Rock Café, and a 1,600-seat Hard Rock Live concert venue. Investors have said there would be room for future expansion of the casino floor. The property will also have three restaurants and two quick service cafés.

Brent Johnson, President of Ringland-Johnson Construction, Sunil Puri, founder and President of Midwest Rockford Group, and Marc Jacobson were the three individuals to be named key people by the Illinois Gaming Board. All three can now hold executive positions with 815 Entertainment. As mentioned above, the board also approved a total of 51 investors in the scheme during its Wednesday meeting.