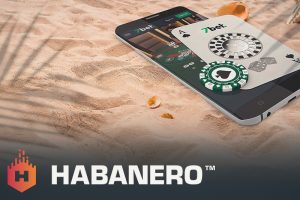 Online casino games developer Habanero has enhanced its reach into the Baltic region thanks to a recent content supply deal with Lithuania-licensed iGaming operator 7bet.

Under this latest agreement, Habanero’s entire suite of titles has been integrated and is now live with one of Lithuania’s most popular brands. The deal covers player favorites Lucky Lucky, Wild Trucks, and Santa’s Village, among others.

7bet is a young online casino and sports betting operation that was established exactly a year ago in August 2020. Even though the brand is relatively newly launched, it has quickly gained great popularity with Lithuanian players and boasts an ever-growing customer base.

7bet provides online casino games, live casino titles, and sports betting options. The operator’s partnership with Habanero has helped it further diversify its already varied iGaming offering, while also enabling the leading content maker and provider to further expand its presence in the Lithuanian market and the Baltic region, as a whole.

The Habanero deal marks the latest of several supply agreements signed by the operator in recent months. In July, 7bet announced that it has also added online casino titles by Playson, another innovative supplier of content for the online gaming industry.

Of their partnership with 7bet, Habanero Head of Business Development Europe Arcangelo Lonoce said that they are delighted to have teamed up with one of Lithuania’s favorite operator brands and that deals like this one allow them to “continue our ambitious expansion plans and offer our high-performing titles to a new audience.”

Mr. Lonoce added further that Habanero is now live in 18 markets across Europe and that their “partners know that we’re dedicated to delivering the very best in gaming.” The company recently obtained a license from the Malta Gaming Authority and Mr. Lonoce said this important recognition will make 2021 and beyond “a very exciting time for Habanero.”

to grow at a similar rate.”

Aside from further enhancing its European foothold, Habanero has also been focused on expanding across Latin America, one of the hottest regions in the global gambling industry at the moment. Last month, the company announced that it has been accredited by Lotería de la Ciudad de Buenos Aires, the agency overseeing the City of Buenos Aires’ gaming and sports betting sector.

This accreditation means that the supplier can now provide its content in the city’s recently regulated iGaming market.

It was also not long ago when Habanero partnered with Spain and LatAm-focused content aggregator Emara Play to further expand in those two important markets.