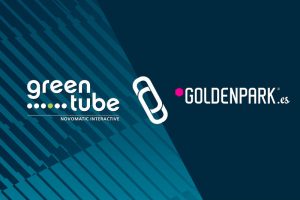 Casino games developer and supplier Greentube today announced that it has strengthened its Spanish foothold with a new content supply deal.

The company, which is part of the larger NOVOMATIC gambling group, said that it has teamed up with Golden Park Games, SA to deliver a selection of its premium online slots and casino titles to its GoldenPark.es website.

Golden Park has thus become the latest Spain-licensed iGaming operator to have partnered Greentube as the provider looks to expand its regulated presence and constantly grow its Spanish client base.

As part of the partnership between Greentube and Golden Park, the supplier’s hit Book of Ra slots series can now be accessed by players that have accounts with the Spanish online casino. The series includes popular titles such as Book of Ra Magic, Book of Ra deluxe, and Book of Ra 6.

In addition to those, Greentube has also provided its new partner and its customers with access to its popular land-based games that have also been made available through digital channels, including Lucky Lady’s Charm and a number of fruit slots such as Sizzling Hot and Mega Joker.

Golden Park will also soon be able to add Greentube’s online bingo games as well as slots from the supplier’s studio partners.

GoldenPark.es, which is part of Spain’s MGA Group, is an important player in the local iGaming space. The online casino is the third Spanish online gaming operation to take Greentube content live and enhance the supplier’s presence in the local market.

Commenting on their partnership with Golden Park, Greentube Head of Sales and Key Account Management Markus Antl said that “Spain is a major focus in our plans for international expansion” and that they are thrilled to team up with GoldenPark.es and add “another reputable operator” to their distribution network.

Mr. Antl also noted that their partnership with the Spanish online casino “further fuels the unprecedented global growth we’ve experienced over the last 12 months, giving testament to the quality of our service and the appeal of our games library.”

GoldenPark.es Manager Victor Sanchez said that Greentube’s games library has quickly become “a must-have for players locally” and that it has attracted diverse audience with a number of “highly entertaining titles that keep customers returning.”

Mr. Sanchez also pointed out that the addition of world-class offering such as the Book of Ra series would enable the online casino to engage its existing customers, while attracting new gambling audiences as well.