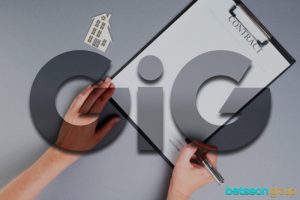 Gaming Innovation Group (GiG) on Thursday closed the sale of its B2C brands to online gambling operator Betsson Group in a €33 million deal.

Under the terms of the sale, all four brands will continue to be operated on GiG’s platform for a minimum period of 30 months. In addition, Betsson has become a long-term partner of GiG and will generate revenues to GiG’s Platform Services.

As mentioned above, Betsson has paid the amount of €33 million for GiG’s B2C operations and related operational assets. The purchase price included €22.3 million in cash payment, €8.7 million in prepaid platform fee, and €2 million in cash deposit securing GiG’s Spanish casino license, which the company obtained in the summer of 2019.

During the first 24 months after the deal was closed, Betsson will pay a premium platform fee based on net gaming revenue. Based on estimates, GiG could collect up to €50 million from the sale of its four B2C brands.

News that GiG has successfully offloaded its B2C business to Betsson emerge a week after the company secured required regulatory approvals to close the deal.

GiG said that it would use part of the sale proceeds to repay its SEK300 million 2017-2020 bond on April 22, 2020 as this would strengthen its balance sheet and significantly reduce the financial leverage ratio.

As part of the deal, 63 GiG employees were transferred to Betsson. The two companies have also entered into a Transition Service Agreement, under the terms of which GiG will offer services to Betsson to support the operation of the four brands for an initial period. The agreement comprises an additional 54 employees at GiG.

GiG first announced that it would divest its B2C operations to Betsson this past February. The company said back then that the move was prompted by a strategic review of its business and that it would result in reduction of complexity and improved efficiency.

The gambling group will thus free up resources that would enable it to fully focus its attention on “driving and growing its B2B business.” GiG expects stable and sustainable earnings and profit margins from its new strategic focus.

The company said Thursday that it sees “a large and sustainable addressable market for its Media and platform business” as iGaming continues to become a regulated industry in new markets. In addition, GiG believes that it is well positioned with its omni-channel platform offering to capitalize on the “continued digital transformation” of the global gambling market.

Source: Gaming Innovation Group: Completion of the sale of B2C assets to Betsson