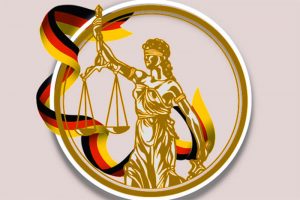 The Administrative Court of Darmstadt has published the ruling that halted Germany’s sports betting licensing process earlier this month, providing details about what prompted the action.

The Darmstadt Administrative Court last week upheld a complaint mounted by Austrian sports betting operator Vierklee which argued that Germany’s sports betting licensing process under the nation’s Third State Treaty on Gambling was marred by lack of transparency and other issues.

The court suspended the process until further notice, causing great disarray in the sector and among sports betting operators interested to operate in Germany’s reorganized and regulated market.

In the case brought by Vierklee, the Tirol-based bookmaker said that it was interested in applying for a German sports betting license, but it faced an opaque process that appeared to be benefiting companies that had previously been active in the local digital wagering space.

Vierklee claimed that such previously active operators last summer participated in a special information event organized by the Regional Council of Darmstadt that provided them with more information about the licensing process.

The Austrian bookmaker complained that some operators thus had more information about the process than others, which placed the latter group at disadvantage.

Under Germany’s Third State Treaty on Gambling, which took effect on January 1 and will remain effective until July 1, 2021, the Darmstadt Regional Council and the Hessian Ministry of the Interior are responsible for accepting and reviewing betting license applications and issuing licenses to approved candidates.

Lack of Transparency Regarding Licensing Criteria

Vierklee argued that there was also lack of transparency regarding the criteria license applicants had to meet in order to secure a wagering license and the Darmstadt Administrative Court agreed with that.

In addition, the court said that it saw the lack of a uniform date from which all licensed operators could go live with sports betting in the regulated German market as discriminatory and that it gave incumbents an advantage.

In its ruling, the Darmstadt Administrative Court also noted that it believes the powers and duties of the Glücksspielkollegium, the gambling regulatory body formed to oversee the newly enforced regime, could be unconstitutional and opaque and that it saw little indication as to whether the regulator could be tasked with making arbitrary decisions.

However, despite siding with Vierklee, the court did not specify in its ruling whether the operator’s successful challenge effectively put an end to the reorganization of Germany’s sports betting market.

The Regional Council of Darmstadt has the option to appeal the ruling within a two-week period after it was issued.

Germany’s current sports betting regulatory regime is set to remain in force until mid-2021 when a permanent framework is set to be implemented. Aside from wagering, that permanent law would also permit the provision of online casino and poker services on the territory of Germany.