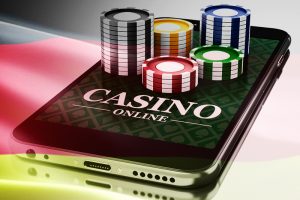 The heads of Germany’s 16 states have recently approved the proposed legalization of online casino games and online poker from July 1, 2021.

It was on January 1, 2020 when Germany implemented an experimental sports betting regulatory regime outlined in the country’s Third State Treaty on Gambling.

Under the gambling law that will remain in effect until June 30, 2021, international companies that want to operate in Germany must obtain licenses from the competent licensing body – the Darmstadt Regional Council of the state of Hesse. Such companies can only conduct online sports betting activities. Online casino and poker products are prohibited under the Third State Treaty on Gambling.

While Germany’s iGaming market is set to be expanded in a little over a year from now, it should be noted that when this happens, operators conducting regulated wagering and gaming activities will be subjected to heavy limitations.

Regulated online slots would be subject to a €1 per spin stake limit. In addition, they would be banned from featuring an autoplay function as well as jackpots. Under the new online gambling law, individual states would be able to decide whether to prohibit table games and could also give state lotteries exclusive rights over this particular product.

Other restrictions include a mandatory €1,000 deposit limit across all iGaming operators. That provision is currently in force under the Third State Treaty on Gambling.

Licensed gambling operators would not be able to advertise their offering on television between 6 am and 9 pm. Vaunet, Germany’s association of private broadcasters, spoke against that provision, saying that it would impact the regulated sector’s efforts to channel players from the black market and would reduce advertising revenue for those broadcasters.

The Darmstadt Regional Council said last month that it has received 30 license applications from companies interested to provide sports betting services under the Third State Treaty on Gambling. Another 20 are expected to submit their applications.

New Gambling Regulator to Be Established

The heads of Germany’s 16 states also decided during their recent meeting in Berlin on the location of the country’s new gambling regulator when the new law takes effect next year. The new regulatory body will be based in the state of Sacshen-Anhalt.

Many deemed the announcement about the location of the new regulator a bit surprising, particularly given the fact that states such as Schleswig-Holstein and Hesse, which is currently tasked with issuing the sports betting licenses, have previously expressed interest in hosting the regulatory agency.

Germany’s new gambling law now needs to be ratified by the governments of all 16 states and then be submitted to the European Commission for review and approval.