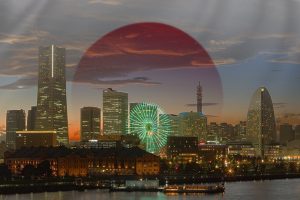 Genting has long been part of the flock of international companies pursuing expansion opportunities in Japan’s nascent casino market. However, the operator of one of just two luxury integrated resorts in the affluent city state of Singapore previously eyed Osaka as its expansion target.

Genting last year participated in Osaka’s request-for-concept process, but chose not to take part in the city and prefecture’s request-for-proposals stage, which was completed in mid-February.

In an emailed statement, a Genting Singapore spokesperson told GGRAsia that the company “will continue to engage in the ongoing RFC (request-for-concept) by Yokohama, and focus efforts and resources on delivering a compelling proposal which will make Yokohama a must-visit tourism destination, with particular prominence in MICE and leisure.”

Japan legalized casino gambling in December 2016, but under the country’s laws casinos can only be part of larger multi-purpose complexes known as integrated resorts. Gambling venues at those resorts cannot occupy more than 3% of the total area of the properties.

Yokohama’s announcement from last August that it would participate in the casino license race pushed the port city among the frontrunners in that same race.

In fact, the participation of Japan’s second largest city was so-well received that many of the international major casino operators eyeing expansion through partnership with Osaka abandoned their plans in favor of Yokohama.

City authorities have designated a 47-hectare site at Yamashita pier on the city’s waterfront as their preferred location for the casino resort, if Yokohama wins one of the three licenses up for grabs.

The city’s government said this month that they would release their draft basic policy on integrated resorts in March. A public consultation process will be launched shortly after the policy’s publication. Local authorities also noted that they expect to finalize and publish the city’s integrated resort policy by mid-2020.

Aside from Genting Singapore, the likes of Wynn Resorts, Las Vegas Sands, Melco Resorts & Entertainment and Galaxy Entertainment Group are, too, eyeing Yokohama as the potential host of their integrated resorts, should they get chosen by the city.

Genting’s management recently noted that they hope to secure a local partner for their Japanese endeavor by September or October of this year. The operator also noted that its shareholders have recently approved overwhelmingly its plans to invest up to $10 billion in a Japanese integrated resort scheme.

As for Osaka’s bid to win one of the three casino licenses, prefecture and city officials said earlier this month that Las Vegas casino powerhouse MGM Resorts International has remained the sole candidate to participate jointly in the city in the casino race.

MGM has formed a consortium with a Japanese financial services group Orix Corp. to develop an integrated resort on a 49-hectare site on the man-made Yumeshima Island in Osaka Bay.