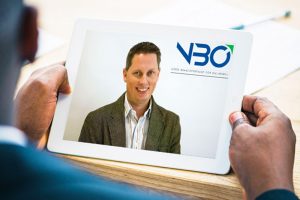 International online gambling operators are calling for the introduction of a more liberal regulatory regime in Norway as the country prepares for the latest wave of restrictions that are aimed namely at such operators.

After news emerged last month that the Norwegian government has been looking to close a long-existing loophole that enables unlicensed foreign gambling operators to advertise their products across Norwegian TV channels, the trade body that represents such international companies has expressed its disappointment.

Carl Fredrik Stenstrøm, Secretary General of Norsk Bransjeforening for Onlinespill (NBO), said that they were not surprised by the fact that the government was looking to introduce more restrictions, they were still disappointed.

The Norwegian government is preparing to introduce amendments to the country’s Broadcasting Act that would authorize the Norwegian Media Authority to order local television distributors and Internet providers to prevent unlicensed gambling operators from promoting their products and services across Norwegian television.

For years, companies that do not hold licenses to conduct online gambling services in Norway have been able to advertise their offering on Norwegian television because many TV stations broadcasting into Norway operate from outside the Scandinavian nation.

Norwegian lawmakers are now looking to close that loophole. Discussions about introducing measures to address the issue have been underway since at least 2017. Lotteri-og stiftelsestilsynet, Norway’s gambling regulator, launched a consultation on the topic in the spring of 2018.

Accountability at the Center

Commenting on the looming restrictions, NBO’s Secretary General said that it is disappointing that “the authorities do not recognize the development we see in other countries where a license model has been implemented – where accountability is at the center.”

At present, state-run Norsk Tipping and Norsk Rikstoto are the only two operators authorized to provide, and advertise, gambling services on the territory of Norway.

Norwegian lawmakers have considered the reorganization of the local market in a manner that would enable international operators to obtain licenses and operate in a regulated environment, but have decided against the move.

According to Norway’s government, they would be able to protect vulnerable people from being overexposed to risks associated with gambling only if they maintain the current monopoly model.

However, Mr. Stenstrøm believes that a more liberal regulatory regime would provide better consumer protection. According to the NBO chief, it would be better if players who gamble with international websites are given “good tools to be able to regulate their gambling through [a self-exclusion system].”

Mr. Stenstrøm went on that in neighboring Sweden, more than 48,000 people have self-excluded from gambling just over a year after the country reorganized its gambling space and noted that this should be seen as “success for those who want to limit their gambling and a success for public health.”