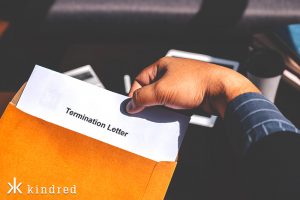 Online gambling operator Kindred Group is cutting 75 jobs across offices around the world, a company spokesperson told media outlets in Malta where Kindred is headquartered.

The spokesperson pointed out that the company’s decision to cut its workforce had no connection with the ongoing health crisis that has gripped the world.

The planned layoff of employees is rather part of Kindred’s efforts to streamline its operations and cut costs where required.

As mentioned above, Kindred is headquartered in Malta, and it has 12 other offices around Europe, the US, and Australia. The gambling operator has just under 400 employees working at its corporate headquarters. Its locations in Gibraltar, London, and Stockholm also have between 300-400 staff members in each.

When contacted by Maltese news outlet Times of Malta, Kindred’s spokesperson said that they have not disclosed the number and nationality of employees at risk at each of the group’s locations, but noted that just a few jobs would be cut at its corporate headquarters.

The spokesperson went on to say that individuals at risk of redundancy are “spread across most of our markets” and that the action “follows previous communication regarding the group’s financial performance during 2019 and subsequent action to increase efficiency and reduce operational costs across the business.”

The Kindred spokesperson explained that the decision for the looming job cuts was made after careful consideration and an exhaustive review of business operations within the group. That review was part of a wider review of Kindred’s cost base.

The redundancies are part of the group’s effort to make its business operations “leaner and stronger” so they can better support its objective to “deliver long-term, sustainable revenue from regulated markets.”

Kindred’s multi-brand portfolio is present in a number of regulated markets. Most recently, the company’s flagship brand, Unibet, has been expanding its US foothold where many states have liberalized their online gaming and sports betting laws in recent years.

Kindred plans to start a formal consultation process regarding the workforce reduction later this month.

The company’s CEO, Henrik Tjärnström, commented that putting “good colleagues at risk of redundancy is a very tough and painful decision, but unfortunately necessary as we adapt to new market realities.”

News about the looming job cuts at Kindred emerge shortly after Swedish online gambling provider NetEnt announced that it would lay off approximately 120 employees in its Stockholm and Malta offices as part of its full integration with Red Tiger.

NetEnt purchased the casino games studio last fall and has been gradually integrating its operations with Red Tiger’s to better position itself in the competitive online gaming space.