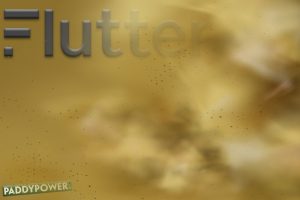 The approval comes as welcome news, but the mega-merger still requires formal approvals by a number of regulators in the countries where the two companies have significant presence.

Flutter announced today that its £10-billion all-share combination with The Stars Group has been granted informal approval by the Australian Competition and Consumer Commission.

However, the mega-merger that will create one of the world’s biggest online betting and gaming company is still subject to approval by the Australian Foreign Investment Review Board and other regulatory bodies.

News about the informal approval of the tie-up in Australia emerge just a couple of weeks after UK’s Competition and Markets Authority (CMA) announced that it has opened a probe into the deal. A CMA review is among the mandatory regulatory hurdles Flutter and The Stars Group need to clear before being able to close the deal.

The CMA is set to probe whether the high-profile marriage of the two gambling powerhouses will hurt competition in the UK gambling market.

The combined entity will own some of the largest sports betting and gaming brands, including Paddy Power, Betfair, Sky Betting & Gaming, and PokerStars, and will have more than 13 million active customers in over 100 international gambling markets.

Deal Expected to Close in Q2

Flutter and The Stars Group announced their tie-up in October 2019. The deal, if allowed to go ahead by all competent authorities, will create one of the world’s largest gambling operators. The merger is expected to close at some point in the second quarter of the year, subject to approvals and other customary conditions.

The two major operators are targeting cost synergies of £140 million per year by the end of their third full year as a combined group.

Flutter and The Stars Group also hope to use their combined strength to secure a bigger slice in the US sports betting market where a recently annulled federal ban on athletic gambling has caused a stampede, with more and more companies looking to tap into the lucrative space.

In the US, The Stars Group provides online gaming and sports betting services in several states through its PokerStars and FOX Bet brands. The latter operation was launched as a result from the Canadian gambling company’s partnership with sports media giant FOX Sports.

As for Flutter, it conducts activities through its Betfair and FanDuel brands. FanDuel, the daily fantasy sports turned sports betting operator has claimed and been holding the lead in the important New Jersey sports betting market.