Flutter Investors Back Combination with The Stars Group 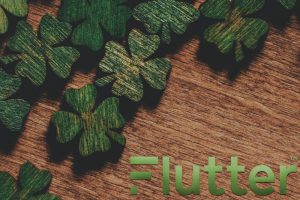 Shareholders in Irish gambling group Flutter Entertainment backed the company’s planned combination with its Canadian counterpart The Stars Group in a vote that took place this past Tuesday in Dublin.

Flutter and The Stars announced their tie-up in October 2019. The deal will bring together two of the world’s largest gambling companies into a combined business with more than 10 million customers worldwide and a star-studded portfolio of brands, including Paddy Power, Betfair, PokerStars, and Sky Betting & Gaming, among others.

Flutter investors voted more than 99% in favor of five resolutions relating to the planned merger.

The Stars shareholders are set to vote on the deal this coming Friday, April 24, at 10 am ET in Toronto, Canada. Investor approvals are one of the hurdles the two companies need to clear for their proposed combination to be able to get through. The deal is expected to close during this quarter, possibly in June.

As mentioned above, it was in October last year when Flutter and The Stars announced that they have entered into an agreement to combine their operations into a gambling powerhouse valued at around £10 billion.

The combined business will be incorporated and headquartered in Dublin (where Flutters is currently headquartered), with premium listing on the London Stock Exchange and secondary listing on Euronext Dublin.

Upon announcing their combination, Flutter and The Stars said that they believe the deal would help the enlarged group maximize growth in its core markets, with those being the United Kingdom, Ireland, and Australia and would position it to pursue US growth opportunities through a combination of brands, media reach, and product offering.

In addition, the two gambling groups believe their combination would create a highly diversified business from a geographic and product perspective. As mentioned above, both Flutter and The Stars boast multi-brand portfolios that include some of the world’s most popular gambling brands. The combined business will serve customers in more than 100 countries.

Combination of Brands in Australia

It emerged earlier this week that Flutter and The Stars have scrapped their previous plan for dual brand strategy in Australia and would instead pursue single brand growth in one of their core markets.

Flutter manages the Sportsbet brand in Australia, while The Stars operates BetEasy. Once the merger closes, Sportsbet would absorb the BetEasy brand and the latter would cease to exist in its current form.

A Sportsbet spokesperson said Tuesday that the move was “subject to ratification once the proposed combination with The Stars Group is completed” and that they have decided to run a single brand in the Australian market “principally because of the ongoing volatility to sports betting competitions around the world.”