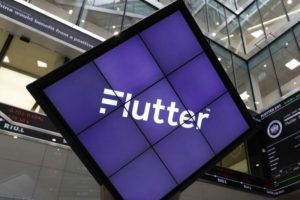 Irish gambling operator Flutter Entertainment warned investors that group revenue and earnings will take a big hit from the widespread cancellation/postponement of big sporting events around the world.

In recent days, the governments and sports authorities in a number of countries have canceled or postponed a number of high attendance sports events in a bid to contain the global spread of Covid-19.

Flutter, which last year generated 78% of its annual revenue from bets placed on global sports events, said in a statement issued earlier today that it expects a significant material impact on its 2020 revenue and earnings due to the restrictions enforced by multiple national governments as they grapple with the coronavirus situation.

The gambling company said that establishing the precise impact on its full-year financial performance is difficult at this point as there is no clarity over the duration of restrictions on sports events.

Most major sports around the world have been suspended or canceled, but there have also been many instances of events being rescheduled to now take place behind closed doors and without spectators.

All English Premier League fixtures have been suspended until April 3. There have also been indefinite suspensions of major football leagues across Europe, including Spain, Italy, France, and Germany. There have been reports that the UEFA Euro 2020 which is set to take place this summer could, too, be affected.

Some Australian sports as well as horse racing in Ireland, Scotland, and Australia are taking place behind closed doors.

In the US, professional basketball, baseball, hockey, and soccer fixtures have been suspended, while March Madness, one of the most popular basketball tourneys in the country, has been canceled.

Flutter said that if restrictions remain in place until the end of August – including full suspension of Australian sports and the cancellation of Euro 2020, it estimates that its EBITDA will be reduced by approximately £90-£100 million.

The company’s estimate assumes that its more than 600 Paddy Power-branded betting shops around the UK and Ireland remain open and that the scheduled UK, Irish, and Australian horse racing fixtures continue to run.

However, if horse racing is canceled in the above three regions and its betting shops are closed, Flutter estimates that its group EBITDA would be reduced by approximately £30 million per month.

The gambling operator said that prior the widespread cancellations of sporting events, trading in the first quarter of the year was ahead of management’s expectations thanks to good customer momentum and favorable sports results.

Commenting on Flutter’s profit warning, the group’s CEO, Peter Jackson, said that their main focus now is on “protecting the welfare of our employees and our customers and we will leave nothing to chance in this regard.”

The executive went on that while the company’s near-term profitability will “be impacted by the essential measures being taken globally, the Board will remain focused on protecting shareholder value and managing the business through these turbulent times.”

Flutter is in the middle of a £10 billion tie-up with Canadian gambling powerhouse The Stars Group. The merger will create a gambling behemoth with a large portfolio of leading gambling brands, including Paddy Power, Betfair, PokerStars, Sky Betting & Gaming, and FOX Bet, among others. The deal is expected to close in the second quarter of 2020.