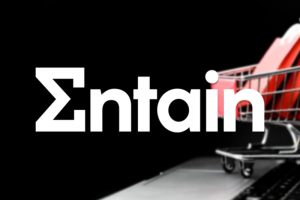 Global sports betting and online gambling specialist Entain has entered into an agreement to purchase Seattle-based esports betting startup Unikrn to capitalize on a continued growth in the skill-based wagering sector.

The gambling operator has not provided financial details about the deal, but according to media reports it is set to acquire the esports betting platform provider for around £50 million.

Entain, formerly known as GVC, owns and operates British betting giant Ladbrokes and a number of other well-known gaming and sports betting brands. In the US, the company runs the BetMGM brand in partnership with Las Vegas casino firm MGM Resorts International.

Unikrn was founded in 2014 in Seattle. The company’s primary product is a real-money and token-based betting on competitive video game tournaments. As part of the recently agreed transaction, Entain will acquire Unikrn’s technology platform, products, and team.

The gambling operator has also announced that it has tapped Justin Dellario as Head of Esports. Mr. Dellario, who formerly served as VP of Content and Esports at Twitch, will lead Entain’s newly created esports wagering division.

Ms. Nygaard-Andersen further elaborated on Thursday that Entain has built a powerful platform that combines advanced technology, people, and capabilities and drives significant growth in their existing markets, including the US, but also enables them to grow their foothold in new and emerging markets and “opportunities related to our core areas of expertise.”

She named the growing esports skill-based betting market as one such exciting opportunity. Ms. Nygaard-Andersen said that they are “building the first scalable platform to address this market” and that she is delighted “Justin Dellario is joining us to lead our growth in this new area.”

Entain is acquiring Unikrn amid a wave of renewed speculations that the major gambling operator could itself be an acquisition target.

Reports emerged earlier this month that the company’s US joint venture partner, MGM, could renew its effort to acquire Entain and tap the British firm’s sports betting experience to help the BetMGM brand continue to grow in the lucrative and fast-expanding US athletic gambling space.

Earlier this year, MGM approached Entain with an $11 billion offer, which the latter company rebuffed as too low. The casino operator is expected to fetch $4.4 billion in cash from the recently announced VICI Properties and MGM Growth Properties’ $17.2 billion combination, and analysts believe the fresh capital could prompt a new bid for the British gambling expert.