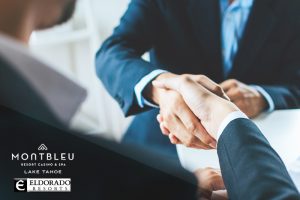 Reno, Nevada-based casino operator Eldorado Resorts has agreed to sell Montbleu Resort Casino and Spa in Lake Tahoe for an undisclosed price as it seeks to offload some of its real estate in preparation for the takeover of larger rival Caesars Entertainment Corp.

Eldorado said Tuesday that it is selling the 400-room casino resort in Lake Tahoe to Maverick Gaming. The regional gaming operator that was founded only about three years ago also agreed to buy Eldorado’s casino resort in Shreveport, Louisiana.

The Tuesday announcement further fueled expectations that the $17.3 billion mega-tie-up between Caesars and Eldorado could close as early as mid-April, with financing likely to be secured in late March or early April.

Eldorado CEO Tom Reeg told investors last month that the company’s Montbleu casino resort in Lake Tahoe was the last it would need to sell in order to secure approval from the Federal Trade Commission to finalize the Caesars deal.

According to Deutsche Bank analyst Carlo Santarelli, the “FTC process will be finalized in the very near term, if it has not already concluded.” The analyst also pointed out that he believes Eldroado is on track to close the tie-up by mid-April.

Aside from FTC clearance, both casino operators need to gain approval from the regulatory bodies in states where they own properties. So far, the companies have secured regulatory OK in Illinois, Iowa, Louisiana, Maryland, Mississippi, Missouri, and Pennsylvania.

Commenting on the sale of Montbleu, Eldorado’s CEO said in a Tuesday statement that “the agreement to divest Montbleu is consistent with our continued focus on the expected closing for the Caesars transaction in the first half of 2020.”

The property’s purchase price was not revealed, but analysts believe that the sale is pretty much immaterial from a financial perspective. Eldorado announced in January that it would sell its Shreveport casino to Maverick for $230 million.

Maverick was formed in 2017 and has since then secured presence in several important markets. The company owns five casinos in Northern Nevada, including Montbleu, three casinos in Colorado, and 19 card rooms across Washington. It is also set to soon enter the Louisiana casino market after the closure of the Shreveport transaction.

The acquisition of Montbleu would significantly increase the regional operator’s position in the important Northern Nevada market. When the deal closes, Maverick would operate 1,600 hotel rooms and more than 2,100 slot machines in the region.