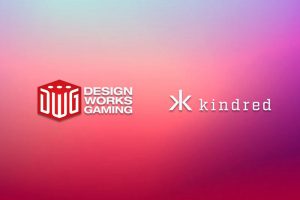 Under the terms of the deal, DWG has agreed to provide its new partner with access to its portfolio of real money gaming (RMG) titles that are all designed to capture the magic and thrill of a night out in Las Vegas and are equipped with innovative gameplay mechanics. It should be noted that around 80% of the studio’s RMG games are backed by unique math models.

This new alliance will see DWG roll out its content across Kindred’s iGaming brands, including flagship operation Unibet and UK-facing 32Red.

The deal covers DWG’s hugely popular titles Flippin’ Rich and Hold Your Horses, among others. The games are already available to Kindred Group players from a number of markets.

Founded in the mid-2000s, DWG was one of the early game developers to start producing products for the then relatively nascent online casino sector. The company also develops content for the land-based casino industry and the social casino market.

It has crafted hundreds of RMG titles over the years that are available with some of the industry’s biggest B2C names. It has also produced thousands of games for casino floors around the globe and over 500 games for its five social casinos, which have been downloaded by just under four million people.

Commenting on their new partnership with DWG, Kindred Head of RNG Casino Gareth Jennings said that they value online casino content that offers their players something fresh and that DWG’s Vegas-themed titles certainly deliver.

Mr. Jennings went on to add that their customers have always demanded original products in a safe environment which are “engaging, intuitive, and above all else, fun” and that the addition of DWG’s content to their existing portfolio of titles underlines Kindred’s commitment to delivering the best casino experience on the iGaming market.

DWG’s founder and CEO, Troy Zurawski, said that teaming up with Kindred marks another major milestone for his company and that since they have gone live with RMG offering, they have grown quickly by forming deep and mutually beneficial relationships with forward-thinking operators. Mr. Zurawski also noted that they are fully committed to working closely with the major operator so its players can “enjoy the full DWG experience.”

The studio going live with Kindred enables it to expand its presence across various European markets.

Kindred itself is set to strengthen its game development capabilities with the recently announced purchase of online casino content maker and distributor Relax Gaming in a €295 million deal.