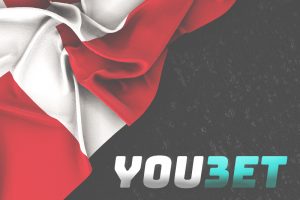 Danske Spil decided to shut the site after it found out that it had continued to offer sports betting markets on Swedish amateur football games, even though its parent had pulled such markets from its main betting operation, Oddset.

Denmark’s state-owned gambling business was recently subjected to heavy criticism for offering odds on lower-tier football leagues in neighboring Sweden at a time when all major sporting events are canceled.

Danske Spil blamed the YouBet incident on a “mistake of our supplier” and noted that it shut down the website as soon as it discovered the error.

The Danish operator and SBTech, a major supplier of technology for the sports betting industry, announced their partnership in the spring of 2018. The product of their collaboration – YouBet – was launched in March of that year.

The website was marketed as one targeting “fresh sports betting demographics”, while also entertaining online casino enthusiasts, and aimed to complement Danske Spil’s existing offering. Aside from betting on different sports and events, YouBet also featured more than 1,000 casino titles from global developers and live studios.

Offering What Is Available

Aside from taking wagers on Swedish amateur football, the Danish operator was also among the sportsbooks that accepted bets on the so-called “ghost” games, or matches that never happened, in Ukraine.

Mr. Folmann explained that those games slipped into their platforms because their current supply of options to offer to their players is extremely limited. Danske Spil refunded losing bets on the controversial Ukrainian matches.

News about the suspension of the YouBet operation over bets on lower-tier Swedish games emerge just days after Sweden’s former gambling monopoly, Svenska Spel, called on the country’s government to prohibit betting on the exact same games as the practice jeopardizes the safety of professional sports.

Danske Spil shutting the YouBet site came as the latest heavy blow to SBTech after the company recently became victim of a massive cyberattack that prompted it to power down its data centers around the world.

As a result, more than 50 sports betting businesses powered by its technology went offline for an entire weekend.

SBTech did not disclose the nature of the attack, but according to experts, the fact that sportsbooks powered by the provider were down for around or more than 72 hours suggested that the incident was not a direct denial of service (DDoS) attack.

SBTech said that all customer data had been encrypted, which prevented data from being compromised.